Congratulations to Chris Goff and her second International Thriller Red Sky, which is due out June 13th. The second in the Jordan series, New York Times bestselling author Catherine Coulter says, “Breathtaking suspense, do not miss Red Sky.” 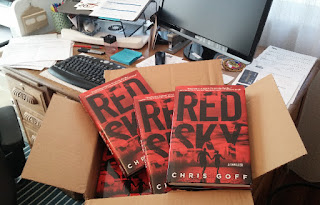 About Red Sky:  When People’s Republic Flight 91 crashes in northeastern Ukraine with a U.S. diplomatic agent on board, U.S. Diplomatic Security Service Agent Raisa Jordan is sent to investigate. The diplomatic agent was escorting a prisoner home from Guangzhou, China, along with sensitive documents, and it quickly becomes apparent that the plane was intentionally downed. Was it to silence the two Americans on board? With more lives and international relations hanging in the balance, Jordan races to stop a new Cold War.

The launch signing for Red Sky is scheduled for June 15th at 7 p.m. at the Tattered Cover-Colfax in Denver.

Red Sky is also available to Pre-order through your local bookstore, or online wherever books are sold. 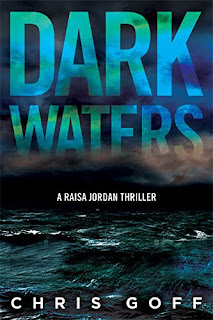 And this just in: Crooked Lane Books is down-pricing copies of Chris's first in the Raisa Jordan series, Dark Waters from now until the launch of Red Sky. Digital copies on sale for $1.99.