PPWC Scholarship: A Fund of Knowledge and Learning

Editor's Note: AmyBeth Inverness was one of many who received a scholarship from Pikes Peak Writers. Here is her summation of what she got out of the conference.

I moved to Colorado just in time for the 2016 Pikes Peak Writers Conference, but wasn’t able to attend. Even if we’d been able to finance it after a cross-country move, my husband had stayed back east for work and I was taking care of two kids, one of whom has special needs, on my own. I resigned myself to disappointment, and promised myself I’d be able to go in 2017.

In autumn, I had to admit that our family could not afford to send me to conference, no matter how beneficial it would be to my career and how desperately I wanted to go. Fortunately, Pikes Peak Writers has a fund to help people like me, and I was elated when I found out I had been awarded a full scholarship to attend the conference!

My volunteer duties (which are part of being a scholarship recipient) were moderating and helping in the ballroom. With experience as a teacher, moderating was a breeze for me. I asked for and was given all of Michael Underwood’s sessions, as well as Shannon Lawrence’s session on Submitting Short Stories. I interviewed Michael back in 2012 when his debut novel Geekomancy came out, and I’ve followed him ever since. He is not only an enjoyable author, but a kind and encouraging person who is genuinely eager to offer guidance to writers of all types and levels. I interviewed Shannon in 2016 after I’d moved to Colorado and got to meet her in person. Her stuff is usually too scary for me (I’m a wus) but I love her to pieces and I really wanted to learn more about submitting short stories.

Being in the ballroom was fun. I helped with set-up and clean-up, which mostly meant taking anything that did not belong to the Marriott off the tables after each meal. The only downside was realizing a half hour later that I somehow had a plastic leaf stuck to me!

Volunteering did not usurp my time. I fully enjoyed all of the conference, and had a few special moments over the weekend. I finally got to hug M.K. Meredith, whom I interviewed back in 2015. We’ve connected with each other on social media for years but this was our first time meeting in person. I confiscated silverware from MH Boroson and Susie Lindau, but had to give it back. I may have caused grievous bodily harm to JT Evans. (He’s okay.) 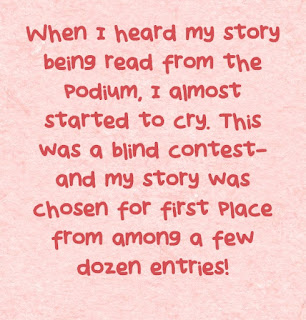 There were a number of very meaningful or insightful instances as well. Over dinner with Kristin Nelson, I didn’t intend to bring up my WIP but I had a question about genre, and she asked for an example. I was classifying my story as Science Fiction because it takes place in the future with advanced technology, however it reads more as Women’s Fiction. Her comments led me to realize my real issue was that I had a preconception that every story set in the future must be Science Fiction, and as Science Fiction it must conform to certain expectations. My story was set in the future, but did not conform. Kristin helped me to understand that my novel’s primary category might simply be something different.

My highest moment was during Sunday lunch, when they announced the winners of the flash fiction contest. It was a fun game where we had to collect slips of paper with a single word printed on it from various faculty and staff, then use the words in a 250 words or less story. When I heard my story being read from the podium, I almost started to cry. This was a blind contest…and my story was chosen for first place from among a few dozen entries!

At the end of the conference, I hovered in the staging room where all the PPW stuff was being stored and organized, lending a hand in any way I could. When all was said and done, I received the biggest compliment from Jennifer LaPointe. She thanked me, and said “I hope we didn’t give you too much work. We did it because we knew we could count on you.”
Those simple words meant the world to me. As a scholarship recipient, I have received a huge gift. Our family is going through trying times at the moment, and too often I find myself being the person who has to ask others for help. Knowing that I was the one providing help was the best feeling in the world.

I got a lot out of volunteering. I’d love to be more involved with Pikes Peak Writers, but at the moment I’m the newbie who doesn’t quite know what goes where or how to get various tasks planned and completed. This weekend I learned that the hotel provides a lot of stuff, while other materials are brought in either from the storage locker or loaned from various members. There are a million small tasks that need to be done. Changing signs, making sure the right equipment and materials are in the rooms, preparing a ton of paperwork, and I can’t even touch on all it takes to arrange for all the faculty to come and present, filling multiple rooms at multiple times throughout the day so that there is plenty for every attendee to choose from. 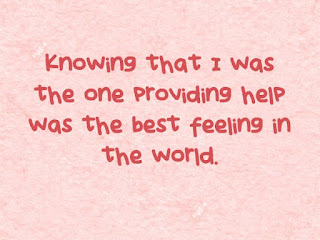 Volunteering is a great way to build a network, but it goes far beyond that. I genuinely like these people, and being around them nurtures my writer’s soul, teaches my writer’s brain, and encourages me in my career. I thank Pikes Peak Writers not only for the scholarship that funded my attendance at conference this year, but for the camaraderie found in volunteering and the lifted spirits of knowing my contribution is appreciated. 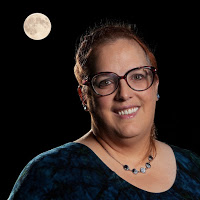 About the Author:  AmyBeth Inverness  is a writer by  birth and a redhead by choice, She is a creator of Speculative Fiction and Romance. She can usually be found tapping away at her laptop, writing the next novel or procrastinating by posting a SciFi Question of the Day on Facebook and Google Plus. When she’s not writing, she’s kept very busy making aluminum foil hats and raising two girls, a cat, a dog, and one husband in their Colorado home.