Your princess bride, bratty urchin, and curmudgeonly gumshoe need qualities that distinguish them from all others. Defining them with a telling word or two can give readers a taste, but there are hundreds of vivid ways to shade characters to bring them alive. One way is to let their external worlds symbolize their internal worlds. 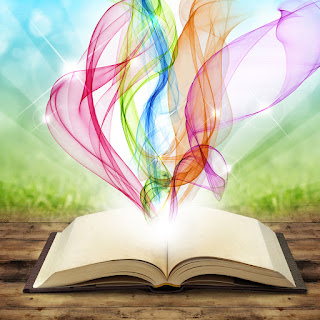 One technique is to link a character’s vocation to a consuming passion: palm reading, coin collecting, or sculpting. If your main character goes to conventions to buy and exchange lariats, he has a place to run into conflict related to your plot. At the end of the book, your character and reader may never look at a noose the same again. That's part of the magic of writing: you never stop learning. Even more rewarding: you teach your readers something. Molière believed the purpose of theater was to entertain and to educate. That can be applied to fictional personalities’ endeavors. How education is earned and applied is a result of your characters’ qualities.

A hobby can be a demonstration of a character’s natural traits. Consider two of your heroine’s most outstanding traits (one good, one bad). Then lace both together in the form of an interest or obsession or quirk (Dr. Temperance 'Bones' Brennan’s seeming lack of emotion) or a distraction (Janet Evanovich’s hamster, Rex). Weave an avocation carefully into a subplot. It’s best to have it play a real role in the plot, not simply exist in the book.

Those good and bad traits can play even bigger roles; perhaps your man tries to hide the negative trait but unsuccessfully (Marty McFly’s lack of courage). Maybe a good trait gets your character into the most trouble. Or the bad trait solves the problem (Monk’s OCD).

Distinctive traits can be conveyed through dialogue. Characters could speak past each other; that allows the reader to hear something important yet know that a character missed the vital point communicated by the other. Your protagonist could notice but interpret statements wrongly or want to attribute them to something else. And there's the overheard conversation or an antagonist grumbling under his breath about something that shouldn't set him off. If you hit a snag, think of the sleaziest person you know and make that come out in little snippets here and there.

Different character traits allow you to capture degrees of discomfort and to insert varying ways of handling “mixed signals” from other characters. A suspect is being nice, but his vibes feel a bit “off.” Your main character’s judgment may be impaired or heightened by a past trauma. Perhaps a very nice man in her life turned abusive.  What does she do with lingering anger, loss, despair, and fear about what the future holds.
Brainstorm traits for your characters. Incorporating hobbies, miscommunications, shadows from the past, and blind spots are just a few of the tricks that lend nuance and make your characters richer.