Break Free From the Mindsets That Make Writing a Struggle

A writer recently told me she had plenty of ideas but rarely got past the first few pages of a story. She got into fights with her characters because they wanted to do one thing and she wanted to stick to her original vision.

One time, determined to finish, she jotted down the basic points from start to finish, intending to add details later. But having finally gotten to the end of a story, she couldn’t bear to make changes. What if she got it wrong?

As a writing coach, I hear these stories frequently and they lead to one consistent conclusion: Maybe I’m not meant to be a writer. Perhaps you know the thinking: Real writers write every day, finish what they start, and don’t get stuck. I’m not a real writer.

I don’t buy it. True, writers write. But struggle isn’t a sign of failure. It’s most often one of three false mindsets at play:

When characters “misbehaved” for my writing friend, she didn’t trust the new direction. And because she couldn’t force the story go the way she wanted it to, she got stuck.

To get unstuck, try turning “I don’t know” into “I’ll figure it out.” Let writing be a form of exploration. If you sit down to write one thing, and it turns into something else, why not go with it? It might be better than your original idea.

But what if writing could be an act of discovery? Try reading your work for what you actually wrote, not what you think you wrote. You’ll see that it’s often quite different. You’ll also see what you can add, what you can take away, and the parts you really like. Your writing will quickly improve.

Mindset #3: I Must Protect My Work

The writer above struggled with mindset #1 and #2, but it didn’t take long to learn that her troubles stemmed from a bad experience with a reader. In college, she showed a story to a friend in her dorm and he trashed it. Now, she felt like she had to get it right before she shared her work.

It’s tempting to think that you are protecting your work by showing it to someone you know—an acquaintance, a friend, a family member. They respect you, so they’ll respect your work. Unfortunately, the people closest to you don’t always know how to give feedback. I have seen far too many writers stopped in their tracks by inexperienced readers. Instead of protecting your work, honor it by selecting someone who understands your vision and can give you honest but respectful feedback.

The good news is that these mindsets are simple to identify and shift. A couple of weeks after my conversation, my writing friend emailed me. She’d practiced these new ways of approaching her writing, and she was in the middle of a story, letting it evolve as she went. She liked the story, and most importantly? She was actually having fun. 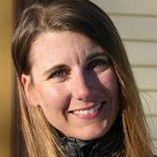 About the Author: Alissa Johnson helps writers finish what they start, including essays and short stories, screenplays and memoirs. As a "writer's confidante" and "story whisperer", she helps them release doubt and uncover the story that needs to be told. Learn more at writingstrides.com.