So I’ve had some success in the writing game. Not a lot mind you, but enough that I’ve gotten some books published and sold some books and people seem to like some of what I write. I’ve had enough success that sometimes people approach  me to mentor them. Yeah, I’m a mentor. Be afraid. Be very afraid.
Here’s the thing about me. I say a bunch of stuff, but I don’t remember anything of what I say. And heck, I have a bear of a time remembering people’s names, faces, where we met, what we talked about, what planet I’m on, who is the God-Emperor of the universe, or what I had for breakfast. No, I generally remember that. Perfect Food bars. You can get them at Costco. You’ll thank me. Eat one with an apple and some coffee, and you’ll be good to go.
Anyway, long story short, I was having breakfast with one of my mentees and he pulled out a list of seven things I told him on how to be successful at writing. I don’t remember saying them, but yeah, I have to agree with me.


So here are the seven steps I laid out:


5)  Get feedback and learn how to take criticism.


6)  Finish what you start.  You can’t be a writer if you can’t finish stories.


7)  Query everything you finish.  Always have something in the mail.


Yes.  Those seven things.
Write every day and write as much as you can every day. Thinking about writing is not writing.  Planning to write is not writing. Talking on the phone or surfing kitty pictures on the Internet is not writing. Writing is writing. I will allow that editing is writing but that’s all I’ll give you.
Squeezing in time to read is tough, but I purchased a monthly plan from Audible so I am forcing at least twelve books into my mind each year. But I’ll read more than that. Stephen King suggests four to six hours a day writing and reading to be successful. I don’t hit that, Mr. King, but I try. And I also like adverbs. Greatly.


Learning how to take criticism is rough, but I’ve gotten to the point where I listen for what sinks down deep into my heart. If I can ignore criticism, I will. If I can’t, I trust it and try to follow it.
As for finishing books, well, who is going to read your unfinished book? I mean, they can’t, right?  Readers can’t read words that aren’t there.


And lastly, yeah, query agents and editors. Always having something in the mail means you are doing the deal real, as in reality, as in the real world. Pitching, talking about your book, getting it out there is hard, impossibly hard, but for me, it’s important to share what I write with the world. Writing books is a selfless act and the world is better for every book written. Yes, even that one, the one you think is total dreck.
So there you have it. My gospel. 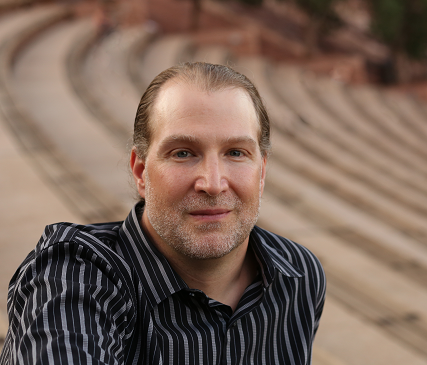 Aaron Michael Ritchey is the author of Long Live the Suicide King, a finalist in the Reader’s Favorite contest. Kirkus Reviews calls the story “a compelling tale of teenage depression handled with humor and sensitivity.” His debut novel, The Never Prayer, was also a finalist in the Colorado Gold contest. His forthcoming works include a new young adult novel from Staccato Publishing and a six book YA sci-fi/western series from Kevin J. Anderson’s WordFire Press. In shorter fiction, his G.I. Joe inspired novella was an Amazon bestseller in Kindle Worlds and his story, “The Dirges of Percival Lewand” was nominated for a Hugo. He lives in Colorado with his wife and two goddesses posing as his daughters.