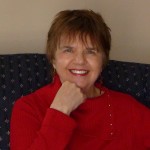 ﻿
BIO:
Jodie Renner is a freelance fiction manuscript editor, specializing in thrillers, romantic suspense, mysteries, romance, YA, and historical fiction.
Jodie’s services range from developmental and substantive editing to light final copyediting and proofreading, as well as manuscript critiques.
Check out Jodie’s website at www.JodieRennerEditing.com and her blog, dedicated to advice and resources for fiction writers, at http://JodieRennerEditing.blogspot.com.
Posted by Pikes Peak Writers at 6:00 AM