I was writing a scene in my new novel the other day, but it felt flat. I later realized I forgot the nuances. What do I mean by nuances? I mean there needs to be more going on in the scene than what appears on the surface.

I saw that done recently in an episode of the television show Chuck. Chuck, a computer geek turned CIA spy, is robbing a bank on an espionage mission with his fiancee, Sarah. They are dressed in black with black sunglasses, lots of guns, and they look very cool. While they are posing as bad dudes taking control of the bank, so an associate can be covered on another activity, they are discussing their upcoming wedding. So in between threats and gunfire, Sarah is describing to Chuck how the painful process of finding the perfect dress made the wedding planning finally exciting for her. And Chuck is warmly encouraging her in between shouting threats like "You move and I'll blow your head off," to control the people on his side of the room.

It's not only a funny scene, but a great example of nuanced writing. The viewer could become bored because a sexy blonde in black leather with long guns hoisted at her hip is rather cliched. The threats are, too. Actually, a scene where the two of them sit down and discuss Sarah's change of heart would be dull as well, and borders on melodrama.

Combining the two scenes holds the reader and it's nuanced. The scene is interesting because they are having a moment while they are clearly engaged in other, quite dangerous, activities. And the viewer, having been on the ride up until this point, understands the layers of meaning and the significance of their discussion.

If you are struggling with this concept, I recommend you watch Chuck. The writers of this spy comedy are brilliant at nuancing and layering. It's one of the things I enjoy most about the show.

So back to my scene. I realized I had just written a scene with no layers and no nuances. What was happening was all that was happening, if you know what I mean. I needed more going on. I'd had plans for things to be revealed to my main character, so I added circumstances that produced those revelations. And I had her react and make decisions about how much to reveal to the people she is meeting with. So now the scene is more than just a meeting to discuss strategy.  It's got layers of meaning and activity. This is one of the things about writing that makes it fun and rewarding for me.

I encourage you to think about your own work in progress and see if you can add nuances and layers. Readers love them and they'll definitely improve your work. 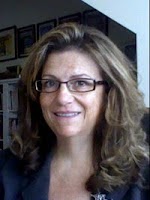 About the Author:  Linda Rohrbough has been writing since 1989, and has more than 5,000 articles and seven books to her credit along with national awards for her fiction and non-fiction. New York Times #1 bestselling author Debbie Macomber said about Linda’s new novel: "This is fast-paced, thrilling, edge-of-the-seat reading. The Prophetess One: At Risk had me flipping the pages and holding my breath." The Prophetess One: At Risk has garnered three national awards: the 2012 International Book Award, the 2011 Global eBook Award, and the 2011 Millennium Star Publishing Award. An iPhone App of her popular “Pitch Your Book” workshop is available in the Apple iTunes store. Visit her website:      www.LindaRohrbough.com.
Posted by Linda Rohrbough at 8:00 AM