The Seoul of Writers: Finding Your Tribe No Matter Where You Reside

It’s ten degrees outside, and my snot has frozen in my nose. I’m walking up 80 steps through bare trees to walk out the gate and into the heart of Seoul, South Korea. I hear the sniffles from my friend Lila, a lawyer-turned-writer. Apparently her snot isn’t freezing yet. It’s January in Korea. The temperature considered a heat wave around here. 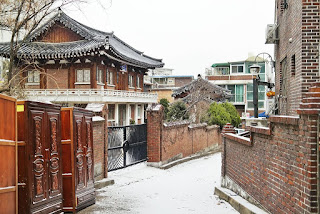 My family moved to Korea from Washington DC back in August. Before DC, we lived in Colorado Springs. It was easy to find writers in both cities – Washington Romance Writers in DC and Pikes Peak Writers in Colorado. Here? It took months. For an extroverted writer like myself, my soul needs other writers, for inspiration, for motivation and for encouragement. 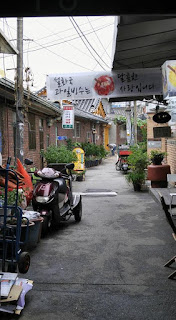 On this day, we’re headed to a writers meeting in Itaewon (EE-tay-won) -- the most diverse section of Seoul and where I live. Teeming with expats and embassies squished into just a few city blocks, the maze of alleys and footpaths are filled with kitsy Korean tourist shops, restaurants that cater to every nationality on the planet, and my favorite, a rather large English-language bookstore. It took me a long, three months to find this bookstore. But oh, when I did ….

The Young Adult section would make a fifteen year old swoon, and the Just Released section could put Barnes and Noble out of business. The intoxicating smell of books is like oxygen. And in every direction, on dusty wooden shelves, were books with words on it I could read. I cried. Literally, cried.

Finding that bookstore led to finding something better.  Writers! I hadn’t met another writer other than Lila in months when the bookstore owner, in accented English, told me about Seoul Collective Writers -- a group of ex-pats who meet once a month to critique each other’s work. Today, we’re headed to our third meeting. When we get there, it’s the usual crowd. 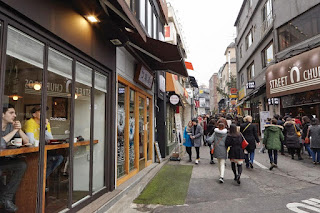 Larry from Australia writes horror. Brian from the UK loves thrillers from the likes of Jeffrey Deaver. Kim from Canada, who makes sure everyone knows she is not an American, writes young adult. Sarik from India – he writes poetry.* Depending on the week, five to ten folks show up with poetry, screenplays and fiction pieces for us to read and comment. Most of these people teach English to Korean school children. One or two teach at the universities.

Today, we meet at Dan & Chung’s Coffee House. In Korea, these are called “Coffices” because people park themselves on the wooden benches and work there – a lot like folks do at Panera in the States. Dan & Chung’s sits at the top of a steep hill that kills my calves. If there was a fire department dictating the number of patrons allowed in this place at one time, it might be 25.

Upon entering through dingy sliding glass doors, customers walk along a small bar. They order food or drinks, then head behind a wooden, half wall. To the left are seats along a bar under the window or a couple of tiny tables with even tinier seats. To the right is the enclave with slightly more seating and a long bench with three square tables in front of it. We sit there.

This little bistro/coffice overlooks the busy section of Itaewon, and like most PPW’s Writers Night locations, the owner lets us use the place for free as long as folks buy a drink. For beer drinkers, that’s Korean Hite beer. 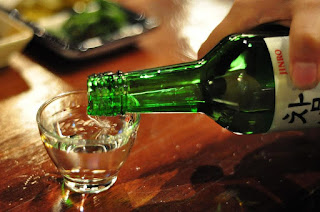 For liquor folks, it’s soju – a potent drink known to put people on the floor in under three drinks. For this session, I’m critiquing, so I’ll have Hite. Lila, who submitted her work for the first time, ordered grapefruit soju.

These sessions remind me of PPW Writers Night in the Springs or Tuesday Night Writes in DC. The people in those groups became my writing tribe. Folks to share ideas with, vent frustrations at, or attend conferences with. They kept me motivated and inspired, as I hope I did for them. 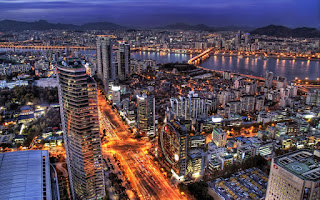 Will this group be my new tribe? It’s too soon to tell, but we’re here for another two years, and I found them. That’s a great start.

My blogs for PPW will include lots of travel and writing experiences here in Asia, and of course, marketing, because that’s what I do when I’m not writing. I’m headed to Da Nang, Vietnam, next month for some surfing, and writing.

*Names have been changed to protect the innocent 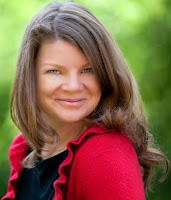 About the Author: Jennifer Lovett Herbranson juggles a 16-year career as a U.S. Air Force Public Affairs Officer and a career writing fiction thrillers and nonfiction marketing books. She’s been a member of Pikes Peak Writers since 2012 and is currently the Communications Director for the Washington Romance Writers. When she’s not hiking through Seoul’s most famous historical sites or surfing around Asia, she’s finishing up edits on her nonfiction work, Writer Nation: Marketing for Authors, a Primer.  Feel free to reach out to her on Twitter at @jennylovett or on her website at http://jenniferlovettherbranson.com
Posted by Donnell Ann Bell at 8:00 AM