Surviving the Road to Publication 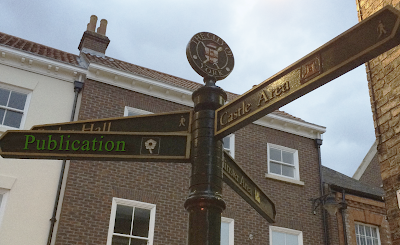 Editor's Note: Pikes Peak Writers has two of the most knowledgeable marketing people serving as our publicity volunteers. We are honored to have them because they often make sense of social media where some of us can't. S.M. Rose is one of these experts. Here's his first blog on Writing From the Peak.

With a series of thin plots and an extra helping of ad-lib comedy, Hope and Crosby paired up in their legendary “Road to” flicks, inevitably meeting up with the eye-catching Dorothy Lamour. Though predictable, these movies provided more than a decade of entertainment that is now entrenched in American film culture.

More than four years ago, I began my own “Road to” journey. Unlike Bob and Bing, there was no partner in crime nor fetching femme fatale. These existed only in my manuscript. I felt the writing process was one best served alone, or at least only shared with those shadowy voices inside one’s head. I would close my man cave door, sit down, and start madly typing away. Or I would sneak some “me” time, daydreaming about the next scene or chapter, or maybe other books to be. Sound familiar?

Through this rite, I cobbled together more than 188,000 words in a little over nine months. In reading my family the manuscript, we all agreed the story should sell so I promptly went to find an agent.

Though green as moss, I was smart enough to check the Internet first. I knew I needed a synopsis and a query letter, and I attacked these challenges as I did my book. Alone.
From a local newspaper article, I found a list of literary agencies and subbed to each of them, one by one. The 2013 Canadian landscape was far different than its American counterpart. There were only about a dozen well-known agencies, and most wanted exclusivity when it came to their snail mail submissions. This made the process long, laborious, and frustrating. After a year, I exhausted that list without success.

Undaunted, I meandered outside my comfort zone and decided to submit to American agents, latching on to one in particular. She was totally into Science Fiction and Fantasy, and what I considered the perfect agent for my novel.

Unfortunately, she did not think so. I was devastated.

While submitting to this agent, I stepped further outside my comfort zone. I joined Twitter and began stalking her (in a good way, of course! :-), finding out what she liked and didn’t like when it came to representing an author. I later discovered this was a backwards approach, but that pearl of wisdom is for another blog.

That decision changed my writer’s life forever. I was no longer alone. I surveyed the digital landscape and found it filled with other writers going through similar experiences. I began with baby steps, connecting with a small group of writers and hiding behind an avatar of Superman—whose creator was my second cousin twice removed.

I fell down the rabbit hole of social media just as #SFFPit ended. In its aftermath, I found a tweet offering query critiques for $10 a pop. Well worth the investment. I respected the woman, and I learned a lot. She suggested I enter #PitchWars.

From there, I met hundreds of other writers. Looking at them as colleagues opposed to competitors, I gathered followers by the dozens, ending up on a communal critique board called GetOfMyLawnCon. 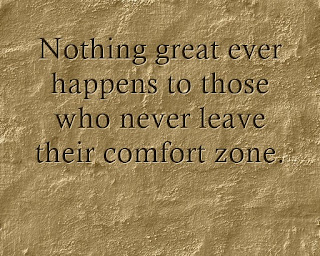 Here, I found the motherlode. Writers critiquing other writers. A concept I had heard of but never invested in. Another mistake. Venturing even further outside my comfort zone, I begin interacting with them directly. Being green at writing, this was a big step for me.

Another aftershock from #SFFPit was the formation of a critique group. Joining, I lucked out and was paired with a fantasy writer. Unfortunately for me, but fortunate for him, three weeks into our critiquing, his book was picked up by a publisher and he had to bow out.
My bubble burst.  Deciding this was a sign from the Writing Gods, I retreated back into my comfort zone. Alone.

Then something amazing happened. In revisiting GetOfMyLawnCon, I stumbled across two writers whom I had been tweeting with since #PitchWars. We clicked, instantly becoming the best of friends. In another bold move, I swapped manuscripts with the fantasy writer, then partnered with the paranormal romance writer. These experiences improved both my writing and critiquing skills.

From there, I left my comfort zone far behind, contributing more and more to the writers’ community each week. I began by tweeting learned advice, cheering on pitchfesters, to finally joining the Social Media team at PPW. So here I am, expounding upon my journey in a public blog. Something I would never have dreamed of doing a mere two years ago.
No, this is not an HEA story. My manuscript is still undergoing revisions, but it is far superior today than when I pitched it in #PitchWars of 2014. Dissecting and rewriting was difficult, but I now have help. My goal is to be query ready once more by Christmas. 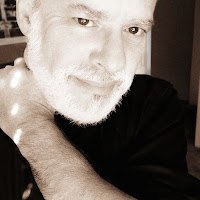 About the Author: SM Rose found his calling of writing late in life but attacks it with fervor. He continues to hone his craft on science-fiction and was a finalist in the 2015 Neoverse Short Story Competition. He is also a member of the Social Media team for Pikes Peak Writers. He day jobs as an IT manager at one of top five cancer research and treatment centres on the planet. When not writing or taming computers, he enjoys the arts of all forms, especially the movies. If you’re looking to engage, look no farther than @smr0se on Twitter or SM Rose on Facebook.
Posted by Donnell Ann Bell at 8:00 AM