The Real Secret to Networking: Change your Approach


In my first professional job, a mentor told me networking was de rigueur. Get out of your office, he said. Meet people. Trade business cards. Swap information. Do this with the hope that meeting this person will lead to that person and eventually get you wherever it is you want to go.

Nothing wrong with that.

Except, I was terrible at it. Case in point—I would go out of my way to avoid my boss's boss. (Did I say avoid? We're talking treat the guy like he had the plague.) Just so he'd know I wasn't trying to brownnose. For the same reason, I avoided anyone else who might help advance my career.

No brownnosing for me. Nuh uh. No way.

So although I worked hard and helped people out on their own networking journey, I did almost no networking of my own. I connected with people. That was fun. But I found actual networking—connecting with a self-advancing goal in mind—stressful. It made me feel as if I had to size up everyone I met at work events or writers conferences with a What's in it for me? attitude.

Networking did not make me happy. And I like to be happy.

According to the latest research, we are happiest when we give. Volunteering, helping friends and family, and donating to charities provides a sense of belonging, that connection we crave. Turns out that selflessly helping others improves our own prosperity. How? By raising our self-esteem and happiness. Our altruistic joie de vivre then draws others to us.

After my house burned down in a wildfire, Mystery Writers of America offered to send me to one of their day-long MWA Universities. I gratefully accepted their generosity, thrilled to be with fellow writers and away from the rented furniture in my rented home.

One of the speakers that day was Hank Phillippi Ryan. Hank is the epitome of gracious connecting. She is warm, caring, curious, empathic. She exemplifies the whole mental flip from networking to connecting that I'm trying to push here. At the MWA University I got the opportunity to meet her. But I didn't get the chance to tell her how much the day meant to me, or how her workshop inspired me to sit down and write a novel. 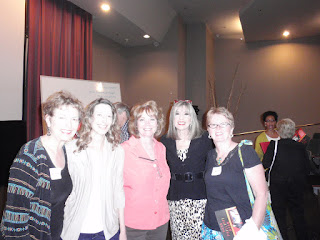 Writing a novel, as most of you know, is hard. As in, really, really hard. Getting to THE END is the emotional equivalent of summiting Annapurna, a mountain in Nepal with the highest fatality-to-summit ratio in its class. In just one month in 2014, at least 39 people perished on the mountain.

Writing or mountaineering—a lot of people die on the way.

But the writing wasn't nearly as intimidating as the next step. Yes.That step. The one that turns you from victorious mountain climber to exhausted wreck, wondering if you've got the strength to take even one more step.

I'm talking about the Great Agent Hunt. The quest that makes you realize that although you summited Annapurna, you still haven't reached the top of the world. Worse for me, finding an agent would no doubt involve—shield your eyes—networking.

But novelists are tough. We do what we have to do. Since I'd written a mystery and planned to write a thriller after that, I accepted a friend's offer to let me bunk with her at Thrillerfest. I packed my bags and flew to New York City and—figuring no networking would be required—attended the terrifying, exhilarating, rewarding and exhausting ordeal known as Pitchfest.

Three-and-a-half hours. More than fifty agents and editors. By the end of it, I was ready to throw myself in front of an agent, stare into her eyes and skip all formalities such as introductions and an actual pitch. My much-practiced proposal went from "Hi, so happy to meet you, I've written a novel … " to, "Yo. You want it or not?"

I staggered out, reeling like a prize fighter who's taken one too many blows. Although my pitches had been successful, I still had a long slog in front of me. You know the drill. Send out the manuscript and wait for maybe yes, maybe nothing, maybe no. No as in never, don't contact me again, stay away from my office, my home, my children, my alma mater, get a job digging ditches.

I headed toward the bank of elevators with no further plan than to go up to my room, throw myself on the bed and sleep. Cocktails to follow.

Then my gaze settled on Hank, also waiting for an elevator. I knew talking to her would be safe. No stress. Nothing intimidating. And I'd been wanting to thank her for her kindness at MWA University, and for her wonderful class. As we chatted, a man came over to say hello to Hank, who brightened and gestured us toward each other. "Author, agent. Agent, author."

The gentleman turned to me with a kind and cheerful smile.

He wasn't one of the agents who'd been in Pitchfest.

"Bob Diforio," he said as we shook hands. "Tell me about your book."

I mustered a smile. But—seriously—I was at that "do you want it or not" stage.

We bid farewell to Hank and walked a few paces away.

Pulling on depths I didn't know I had, I pitched for the tenth time. He asked for the manuscript. And then, bless his heart, sat in the hotel lobby and read the first few chapters. Before the cocktail party that evening, he offered me representation. He spent the evening chatting up my book to editors and introducing me to his other clients. I spent the evening in a happy daze.

All because MWA had reached out to me after the wildfire, then Hank had been friendly and inspiring at the MWA University, and finally I'd found a chance to connect with her and thank her for helping me. Hopefully Hank got a small glow from our reconnection. I know I did. Small as in megawatt laser.

As for the friend who offered to share her room at Thrillerfest? We now also share an agent. I introduced them over cocktails. A perfect ending to a wonderful weekend.

Looking for success and longing for happiness?

Ask not what your fellow writers can do for you. Ask, instead, what you can do for them. 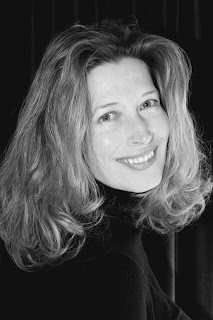 About the Author:  Barbara Nickless is an award-winning author whose short stories and essays have appeared in anthologies in the U.S. and U.K. She is represented by Bob Diforio of the D4EO Literary Agency.