A Revolutionary Way to Cope with Rejection

Editor's Note: Special thanks to guest blogger, Michael Alvear, Author of The Bulletproof Writer for covering such an important topic to writers.

Ever greet a literary rejection with such a disproportionate reaction you think, “Where the 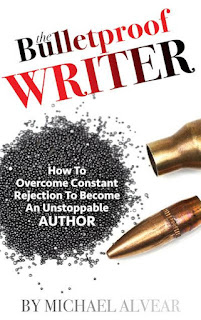 heck did that come from?”

There’s a reason. And it isn’t because you’re overly sensitive, lack self-esteem or emotional control. It’s because your brain is wired to perceive social rejection as a mortal threat.

That’s the consensus of neuropsychologists like Rick Hanson who’ve proven that the brain has a built-in negative bias that gets easily “hijacked” by alarm. Imaging studies show that the human brain produces more neural activity when it’s exposed to negative than positive stimuli. The negative is perceived faster and easier and stays with us longer. Hanson coined a memorable phrase to describe this phenomenon: “The brain is like Velcro for negative experiences but Teflon for positive ones.”

What’s This Got to Do with Writers?

A lot. It explains why the pleasure of an editor’s acceptance Teflon) is not nearly as intense as getting her rejection (Velcro).

Neuropsychologists believe that we developed an out-sized reaction to social rejection as a survival strategy. Back in the day (you know, like hundreds of thousands of years ago) we survived by being part of a tribe. They gave us access to food, water, and social structures to raise kids. Being cast out of the tribe meant almost certain death. So over the course of thousands of years, the brain developed a hypersensitivity to social acceptance. The earlier you could detect a tribal leader’s dissatisfaction the earlier you could head off disaster. The people who did not develop this hypersensitivity were likelier to be cast out of the tribe and die.

Again, How Does That Apply to Writers?

Let's say an editor rejected your manuscript. Your conscious mind takes it in stride because you know how hard it is to get published. But your brain reacts as if it were being kicked out of the tribe (or more to the point, being prevented from joining the tribe).

Wait, wait. What tribe? The one called “Published Writers.” The one that can guarantee your survival as a writer because it gives you money, resources, respect and access to power brokers.

That, in essence, is why you overreact to rejections. You and I are wired to react this way. The bad news is that we are initially powerless to stop this response. The good news is that it’s relatively easy to neutralize it, and over time, rewire your brain to react differently.

How Writers Can Overcome Their Brain’s Wiring

Upon receiving a rejection, connect to your personal tribes. Prove your brain wrong. It thinks you're being cast out or prevented from joining a tribe. By connecting with family, friends and other writers (in person!) you neutralize the brain’s alarm.

It’s best to connect in person. Choose coffee over a phone call. But if you can’t, then a phone call is okay. And if you can’t do that then take what psychologists call “social bites” -- look at pictures of loved ones. Studies show they have an amazing power to calm you. They are part of your tribes and make you feel connected.

There are other simple but powerful ways of rewiring your brain to transform your reaction to rejection, but they are too detailed to describe here. I applied Rick Hanson’s concepts specifically to writers in my book, but I encourage you to check out his best seller, Hardwiring Happiness for a fuller understanding.

Understanding how your brain works will go a long way to building resiliency as a writer. But it doesn't stop there. You must learn how to manage the real pain of rejection and build a higher threshold for failure. Dean Simonton’s research (On The Origins Of Genius) uncovered a profound revelation:  Amongst the most intelligent, creative, talented people the one differentiator that accounted for success was the ability to cope with rejection.

When you fully understand the enormity of his discovery you will realize, as I did a long time ago, that in addition to improving your craft, you must improve your ability to cope with rejection if you are to meet with success. 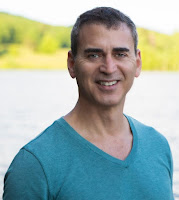 About the Author:  Michael Alvear is the author of The Bulletproof Writer: How To Overcome Constant Rejection To Become An Unstoppable Author (Woodpecker Media January 2017).  LINK: http://writingforaliving.us/how-to-overcome-constant-rejection/


He’s been a frequent contributor to National Public Radio’s All Things Considered and his work has appeared in Newsweek, The Washington Post, Reader’s Digest, The New York Times, The Los Angeles Times and The Huffington Post.
Posted by Donnell Ann Bell at 8:00 AM