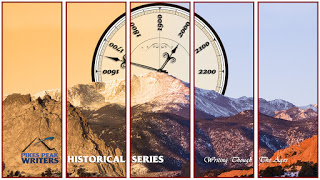 I was really debating what I should write next. Hopefully, if you read my last blog, you worked on your logline. An extended elevator pitch that really focuses on what your book will be about. If you haven’t, read that blog first, go here.

Hopefully, you written your logline, talked to people about it and received feedback. Hopefully, you’re excited about your story. I know you want to start writing. So before you do anything else, stop and take a breath.

Did you stop? Did you breathe? Good.

Now it’s time to put your big girl/boy pants on and do some research. 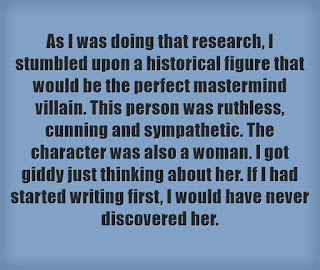 Look, I have been there myself. I have had an idea burning me up inside. I have had a story literally hound me for twenty years before I got serious and wrote it. I am with you, friend. But can we be honest? I mean, brutally honest?


Do you get my point? We lovers of historical fiction will go to great lengths to pick out the inaccuracies in a published book or film. We love to nitpick.

I once had a dear friend explode into a murderous, trembling rage about the film Gladiator, with Russell Crowe. She told me the film was awful. Why? (Wait for it . . .) 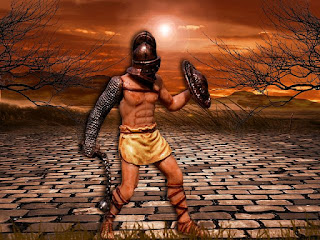 The crowd pointed their thumbs down when they should have placed their thumbs up to let the gladiator in the arena know it was all right to kill his opponent. Yes. She was THAT serious about it. Never mind there is 80 years of gladiator films where the reverse occurs. (It would confuse the audience to show otherwise – even if it is historically accurate.) My friend was adamant.

So before you commit yourself to the time, effort and bloodletting of writing a book of historical fiction, please, do your research. It is THAT important. The last thing you want to do is write a wonderful book about a romance between Queen Elizabeth I of England and Philip II of Spain and find out they only met once, at Queen Mary I’s wedding.

Doing the research will not only prevent such pitfalls from happening to your book, it might inspire other ideas.

My first manuscript takes place during the last decade of Queen Elizabeth I rule of Ireland. I had studied the period in college, so I was pretty knowledgeable about the culture, the dress, even the food they ate. When I started to write my second manuscript, entitled Jerusalem’s Menace, I knew I would have to do a LOT more research. (The story takes place during the Crusades.)

As I was doing that research, I stumbled upon a historical figure that would be the perfect mastermind villain. This person was ruthless, cunning and sympathetic. The character was also a woman. I got giddy just thinking about her. If I had started writing first, I would have never discovered her. Doing your research first allows for your story to change according to the history, and not the other way around.

So I hope you’re excited about doing the research on your historical fiction. But, don’t get too excited! Please, please, please don’t go book your vacation to Florence because your book is about Cosimo De Medici. Don’t blow $300 on Amazon about World War I, or the Suffrage Movement. Start small. That way, you won’t feel bad if your ideal book doesn’t pan out.

I know. I know. Wikipedia gets a bad rap. But hear me out.

You’re not writing a graduate level research paper on Napoleonic France. You’re sniffing your way through the general stuff to see if your story has legs. Wikipedia is perfect for that.

You’re not researching some hot button issue like the 2016 Presidential Election, or whether climate change is real. Those articles get re-edited by people all the time. The articles themselves are political footballs. The page on English Regency Fashion? Not so much.

That Fashion of the English Regency page, for the most part, is written by passionate amateurs and professional historians. The chances that they are wrong about the broad arc of history is very small.

Wikipedia has a lovely footnote section with book and article titles. Sometimes, there are links to pages where the original source can be found. There are also wonderful historical paintings, diary excerpts, maps, diagrams and photos of what you’re looking for. You can get lost just looking at the photos and their origins. (I know I have.) Wikipedia not only lets you glean the basics for your book of fiction, it points you in the right direction when you’re ready to dive deep into a subject.

I hope I haven’t squashed your desire to write historical fiction. I hope I’ve made research more accessible to you. It isn’t that hard, but it can be tedious.

If you want to learn more, click this link here. It will take you to my site, where you’ll learn more about how to do research and what kind of research to do.

Next month we’ll talk about writing your book of historical fiction.