We need diverse books because . . . 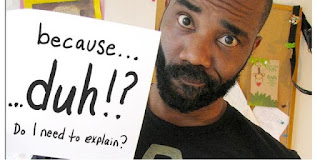 Last year, We Need Diverse Books (http://weneeddiversebooks.org), a grassroots campaign to promote diversity in children and teen literature, caught fire and spread throughout the book world. This campaign is not only encouraging authors to write books with diverse characters, the movement also questioned the publishing industry’s protest that books with diverse characters (including people of color, LGBT and LGBTQIA, and people dealing with mental or physical disabilities) will not sell. We Need Diverse Books (aka WNDB) also pointed out the low representation of people of color who are authors, or who work in publishing houses or literary agencies. 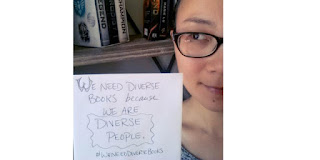 Here is a brief overview from the We Need Diverse Books/FAQ (http://weneeddiversebooks.org/faq) explaining how this all started:

“In a Twitter exchange on , Ellen Oh and Malinda Lo expressed their frustration with the lack of diversity in kidlit. This wasn’t a new conversation for Ellen or Malinda, just the latest, this time in response to the all-white, all-male panel of children’s authors assembled for BookCon’s May 31st reader event. In a series of tweets, Ellen started talking about taking action. Several other authors, bloggers, and industry folks piped up saying they would like to be involved as well.

We planned a three-day event for May 1-3 to raise awareness, brainstorm solutions, and take action (Diversify Your Shelves). Aisha Saeed primed the pump on April 24th with the first tweet including the #WeNeedDiverseBooks hashtag. After Aisha’s post, the hashtag started taking off, officially trending for the first time on April 29th, around ”

And, oh, how the movement has grown.

The benefits of reading diverse books (and not just beneficial for children, but for adults, too) are many-fold: respect of various cultures, seeing one’s self reflected in literature (and thus valued), and celebrating the commonality of the human experience. As Rudine Sims Bishop stated in his 1990 article, diverse literature gives readers, especially children, “mirrors and windows” to the real world. This is summed up very well in the 2014 American Library Association’s White Paper on the Importance of Diversity in Library Programs and Material Collections for Children. In that article, the said: “Diverse, culturally authentic materials in library collections allow all children to meet people like themselves and develop an appreciation for the beauty of their culture and the cultures of others.” 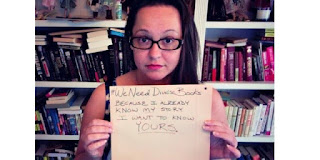 So, I decided six months ago to push myself out of my comfort zone and work up the nerve to write a middle grade book with a Hispanic hero. The story is based on the legend of El Cuco. When I was a kid, my stepdad, (who was Hispanic) tried to scare me with this monster, telling me that El Cuco would catch me and gobble me up if I didn’t behave. Yeah, lots of pre-adolescent eye rolling ensued, but the tale stuck.

As I wrote, I worried that I would fail, and fail epically. Because, c’mon on! I’m a white, middle class/age heterosexual woman. What do I know about the joys and sorrows and hopes and fears of a thirteen year old Hispanic boy? Man, that was a hard barrier to push past. But, as the work progressed, I realized something. In my head, I had “labeled” my character as a boy and Hispanic more than I had labeled him as a fellow human being. A person with the same joys, sorrows, hopes, and fears that I have. Oh sure, there are differences. Loads of differences. But that’s what we writers do. We explore those differences, make them familiar, celebrate the universal human themes, then roll them out onto the paper.

I would be curious to hear about other writers’ successes and struggles regarding diversity in literature. I will admit: I am leery of backlash. I’ve already had some friends question the integrity of my story because of who I am. And that’s okay. They have the right to question. Change can only come about with open, honest dialogue. And we’re all going to make mistakes. Do and say awkward things as we all inch/step/leap into new territory. That’s okay, too. Because wouldn’t it be a straight up wonder if we could get to the point where this world—the world of books that you and I live in—wouldn’t need the #WNDB hashtag anymore?

You know the old expression: a picture is worth a thousand words? On the We Need Diverse Books website, there is a collection of photos that sums up everything I tried to say here. The ones in this article are from that website. Go check out the others. Powerful stuff, folks. One of my favorites is below: 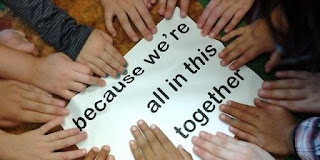 All photos courtesy of the We Need Diverse Books website. 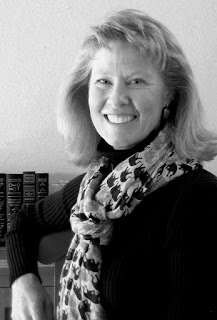 About the Author: Darby  is a best-selling author, dreamer, and compulsive dawn greeter. She's been known to run in blizzards and bike in lightning storms. When not dodging death by Colorado, Darby is busy writing urban fantasy for tweens, teens, and adults, and she is now dipping the toe of her running shoe into contemporary fiction. Her debut YA novel, GRIFFIN RISING, was recently optioned for film. Darby’s other books include THE HOUND AT THE GATE, THE STAG LORD, and coming in December, UNHOLY BLUE. Visit her at www.darbykarchut.com
Posted by Donnell Ann Bell at 8:00 AM