The Writer’s Secret: Inspired by Victoria 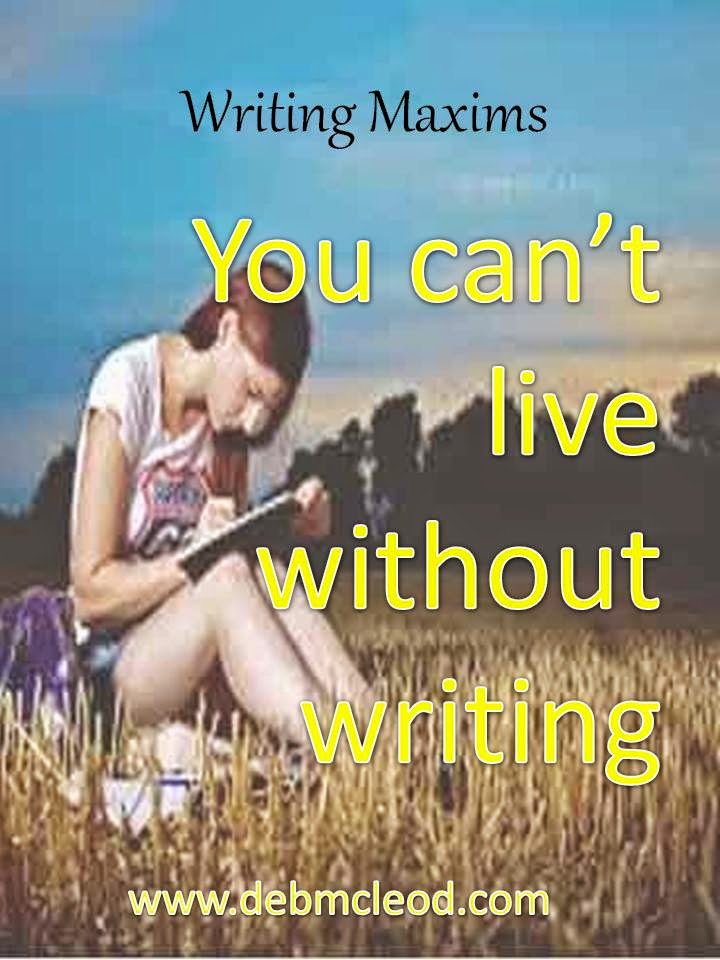 Two things happened over the holiday that inspired this blog. I worked at Victoria’s Secret on the evening of Thanksgiving and again on Black Friday morning and I got my typical bimonthly inquiry from someone who’d never written fiction before, but wanted help coaching an idea into a book.

After the usual back and forth about commitment, cost and expectation, it was clear to me that I didn't want this person to become a client. I could tell she wasn't going to be successful at it; at least not at this time in her life. And not with me.

So I formulated a series of questions that made it clear that we weren't a fit. Writing a book is a popular idea these days and I get this kind of inquiry a lot. People looking to develop a product. I used to take on this type of client, thinking that a coach was all they needed. But that only led to extreme frustration on my part, avoidance and distancing on their part and the death of their story for everyone.

So while I made turkey and hosted our usual family Thanksgiving, part of my mind was mulching on what the magic ‘it’ is that makes a fiction writer. And, more importantly, can it be taught? 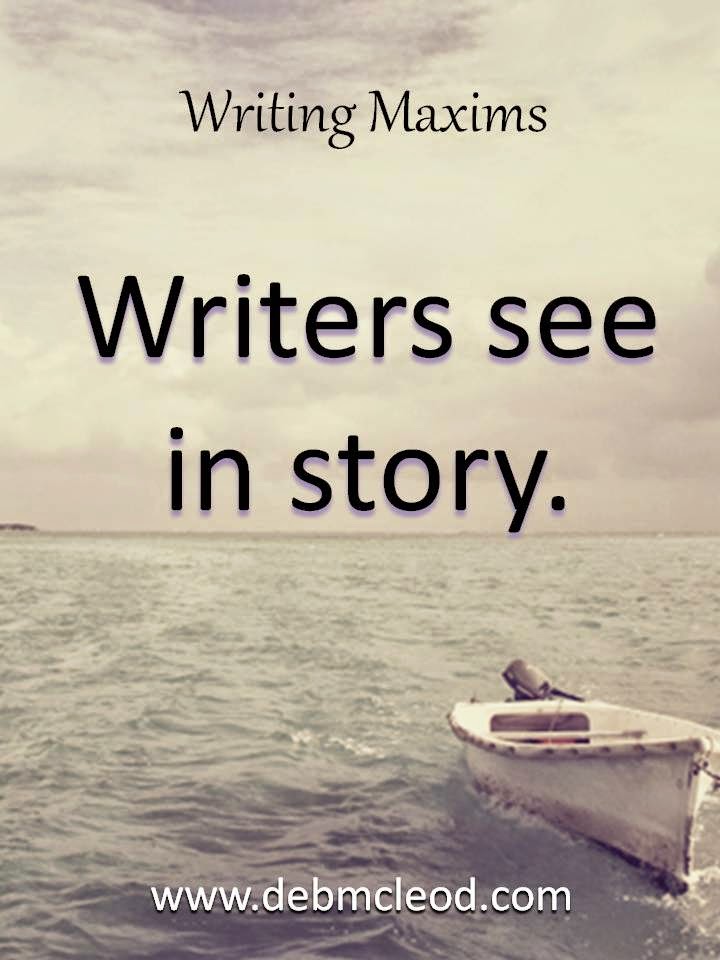 Here’s the story of the rest of the weekend:

My daughter works at Victoria’s Secret at our local mall. For Thanksgiving weekend employees were asked if they knew anyone who might want to help out and work for a few days. My husband begged off. The thought of working in a lingerie store was more than he could process, but I had had many years of practice working with the marching band and choir events at school, so ‘Bring Mom to Work Day’ sounded like fun, and I agreed to help out.

I would shadow my daughter and get paid, too. Not a fortune to be sure, and I’ll likely use the money to buy her a Christmas present with my new VS employee discount. My daughter works mostly in the back, taking in shipments, keeping the back room organized and replenishing stock on the floor. You wouldn’t believe the amount of merchandise that moves through that store. Even without the holidays.

Thanksgiving evening we’re assigned to Pink. The teen brand and the section of the store that is blazing hot and absolutely crushed with people. We bring out yoga pants and sweatshirts. CU and Bronco items. PJ’s. T-shirts. We fill in sizes and organize racks from XS to XL. It’s satisfying in an OCD way. But stressful too, a Sisyphean task carried out in a beehive. And as soon as I think that thought, I’m deep in a mythological mindset working my way out of Hades and back to the upper world as I pass by the sale table blocking the flow of traffic one more time.

But unlike Sisyphus, halfway through our shift, Pink is fully replenished so we’re put on ‘recovery.’ Meaning, we recover the store from the hoards of young people digging through the merchandise. For a long time, we straighten bins of panties. I dig in to that muscle that likes organization. I focus on the colors and the lace. I sort by type, by size and generally make things pretty. I decide it’s kind of like copyediting.

Four teens approach the bin I’ve just finished. I step out of the way. Two girls are actually looking. Two girls are bored. One bored girl starts picking out panties from the array I’ve just arranged and tosses them into another bin. The other girl laughs and does it too. Panties are now flying. I lean over the table and catch the first girl’s eye, give her the Mom Death Stare. Shamed, she ducks away and soon they move on to be replaced by two fourteen-year-old boys rifling through the panties and giggling.

At midnight, Day One ends. It was a four-hour shift of hefting clothes from the back room, fighting the crowds and then standing still on a concrete floor, arranging and rearranging the same things over and over again. My ankles hurt.

While my daughter drives us home, I daydream a Poe-meets-Kafka story about editing a masterpiece only to have it rearranged when the character wakes up. Seems there’s a way to edit to make it perfect and therefore immune to tinkering. While my ankles puff, my brain fires ideas and I jot notes down for a story as soon as I get home.

On Black Friday we’re line leading. My daughter takes off magnetic sensors and hangers at the head of the line and I direct people to stand three-deep behind the registers. We’re keeping customers flowing though the store. This is fun. And I love chatting with the people.

Then the district manager comes up and welcomes me to the store. Tells me I should be upselling these great bags right here - that they are a good deal. And they really are a good deal, but my editor brain kicks in and I see a problem in continuity with her suggestion.

How can I upsell customers who've waited in line to pay and finally gotten to the place where I can guide them to the shortest line? Shouldn't the upsell take place while they’re waiting in line? Shouldn't one of the girls be hawking bags to people in line who are bored and anxious to get on to the next store while the clock ticks down on Black Friday when prices go up and bargains are lost for good? There's a story in that too, and for some reason I think about the newsies at the turn of the century, hawking their papers to Manhattan crowds. And maybe my editing story needs a deadline and a little desperation.

Logistically the manager's suggestion doesn't work either. Once I tell the customers about the great deal on bags I can see them weigh the cost of jumping out of line to sort through them, even if the bags are much less than half price. So I tell them I can save their place in line. Let me know when you’re done and you can jump back in, I say. So now I’m juggling two sets of people and monitoring the exit where more people than you can possibly believe are trying to line jump by sneaking in the back way. But that’s okay. I’m writing a multi-viewpoint novel. I know how to juggle.

These six hours go fast because I’m moving the entire time. When I finally do sit down, I don’t think I’ll ever get up again. But I’ve met a woman who tried to trick me by sneaking in the exit and pretending to ignore me while she was on the phone but was really trying to keep a place for her daughter. She gets mad at me when I call her on it. And her daughter is embarrassed.Then there was the woman who told me we were doing a really great job keeping the line moving. Better than all the other stores she had gone into that day. She’s earnest and sincere. I will remember what both of these women look like.

Then there was the blind woman with her white cane who wanted to know if they could order her something at the register. Her eyes were milky and she kept one arm slightly outstretched, a feeler arm while she made it through the store alone. How do blind people shop alone, especially in a store that crowded? Fascinating.

Then there was the woman who shrieked into her phone that if her daughter didn’t get up to the register right this minute, she was going to have to pay for her own stuff. And the sister who smirked when Mom said it. Then there was the sweet Hispanic grandma who spoke no English but touched my arm in thanks and came through the line three times while buying one item at a time. There was the frantic woman who couldn’t find her credit card and the one who left her cell phone on the counter. There were the people that didn’t realize the exit was an exit and ones that gave me a dirty look for catching them. There were skinny, privileged, rich-looking women, hesitant teens, embarrassed guys. My cup runneth over with character quirks and faces.

When the shift is over, I think about the fact that I have always had stories. When I was a kid I would bring forks home to their slots in the drawer; I saw horse manes in my mother’s scarves; I made a princess and her entourage from the fabric squares we used to get in Penney’s and Sear’s catalogs; I survived a life as an accountant by making up stories for the numbers.

Conclusion:
I guess that’s the ‘it’ I’m talking about. Finding that opportunity for story in all of life. It all relates. It all excites. The world is a story, not a product. Can you teach that? With the right students and the right determination, I think you can.