If you’re dreaming of becoming a professional writer, you’ll need to learn how to push through, jump over, or sneak around the various barriers that are presented to getting the words on the page. Sometimes you have the luxury of having time to just let a story rest, but more often you don’t.

Other people can talk about the virtues of pantsing vs. plotting and how to prepare for writing your story, but for my purposes I’ll just assume you’ve already started something that you simply must finish on time.

Some people say to have a man with a gun burst into the room. I say pick something appropriate to your genre: an aunt with a telegram, a child with a dead puppy.

Or page, or whatever. Copy and paste it into a separate file if you like. Something I do regularly is have my characters keep on going past a good cliffhanger because they simply must explain something irrelevant to someone else. A case of art imitating life.

3. Reveal something that would reverse a reader’s opinion about a character.

Everyone has skeletons in their closets, no? The butler who’s a pack rat. The serial killer who’s being blackmailed. The duchess with bad teeth.

4. Cycle back through your earlier work and correct any inaccuracies.

It’s amazing how often this will get me out of a rut; it’s not that the story needs to be perfect, it’s just that taking five minutes to turn off the internal alarm that's screaming something’s not right in the beginning of the story will free up more brainpower than you realize.

5. Go back to the beginnings of scenes and add more setting.

6. Go back to earlier scenes and add more attitude.

Remember, we don’t love Joss Whedon’s work because his plots are amazing. We love his work because his characters all have attitude (attitudes so strong that they are constantly causing themselves problems, too).

An impossible situation, especially if you end of a day’s work with one, drives more words as you frantically attempt to figure out how to get your characters out of the mess they’re in. There’s only one rule for cliffhangers: no deus ex machinas. The characters must solve the cliffhangers themselves. I have one suggestion, though- limit yourself to one fake cliffhanger at most per book, where the character never really was in any danger. (For example, the sinister footsteps coming up the stairs were just Mom).

8. Brainstorm--but don’t use the first three ideas you come up with.

Do at least four. If you really want to use one of the first three, you must modify it. While it seems like going with the first idea saves time, the first idea is almost always the predictable (i.e., boring) one and will end you up right back up in Stucksville.

9. Check that systems are operational.

Clarify exactly what you’re stuck on, think it through, and go for a walk. Or sleep on it. Or get up and do something brainless, as long as it isn’t feeding yourself more stories. Not even gossip on social media.

Stick within your genre, but pick out a subplot in your book and make it what the book is really about. Two people fall in love...and then one of their parents dies. Space marines fight aliens...only to discover that both their governments are being controlled by a third race they both thought were slave labor.

If you’re stuck in a scene, get out! It doesn’t matter if you write out of order, after all. And sometimes you just need to skip the boring parts.

13. Give the most boring character in your book a hidden agenda.

This is probably the source of “the butler did it.”

14. Write wish-fulfillment scenes, but make sure the consequences are realistic.

15. When a dangerous situation occurs, find a reason for your character to run toward the situation rather than away from it--or, worse, standing around wondering what to do.

16. Given a choice between the believable and reader fist-pumps, go for the fist-pump.

Realistically, Luke Skywalker should have been dead with Uncle Owen and Aunt Beru.

17. Anytime your inner editor says “shouldn’t,” that’s exactly what you should do.

18. Find the one thing your character will not do, and find a way to make it tempting regardless.

19. Look over what you’ve written about a character and find out how they normally solve problems. Then give them a problem they must solve but cannot solve using their normal M.O.

20. Bribe and/or threaten yourself.

If you don’t hit your wordcount today, no Walking Dead for you.

22. Set a research timer--if you can’t Google a quick fact in less than five minutes, you didn’t really need to know during your writing session anyway.

23. Think Scooby Doo: one of the characters in this scene is not who or what they’re pretending to be. Who is it? And who figures it out?

Showing something instead of writing a quick summary = wordcount!

25. Cut yourself off from other people’s stories for a week. No books, no social media, no movies, no TV, no games.

You might drive yourself insane, but you will write like you have never written before. Plus you’ll have more time to do it.

26. Pick a patron saint of unconditional first draft approval, and throw it in your inner editor’s face when necessary.

Bruce Willis said I could have as many exclamation points as I want! Hooray!

27. Record your wordcount as often as necessary.

There are days when I’m typing in or scribbling my wordcount down on scratch paper every five words.

28. Make it advantageous for your family and friends to support you.

If you let me finish this novel, I will buy you a pony.

29. Write a journal entry whining about how hard all of this is. Then read it. Then make one of your characters rant about something in the story using the same sentiments.

Or, if you’re stressed about something external, rant about what’s stressing you...and include that.

30. Go back to the beginning and look for hints.

Especially with endings. The climactic battle or conflict is over (remember: no deus ex machinas!), repercussions are falling out, and you just can’t think of the last few lines. Go back to the beginning and grab some image or bon mot to cycle around to at the ending.

Professional writers know that you have to have something to turn in. Preferably it’s clean and well-written, but even if it isn’t, it’s still something to put in front of the editor or the client. It’s usually better than you think it is. And even if you thought it was perfect, you’ll discover you still have to do some rewrites. 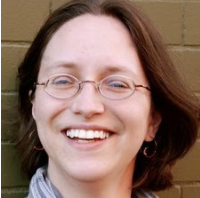 About the Author: DeAnna Knippling started freelancing in May 2011 and wouldn’t be able to do it without her wonderful family and friends, especially her husband. In fact, she owes a lot to Pikes Peak Writers for helping her be a better writer, especially through the Write Brains, both in the lectures and in meeting lots of other writers.
Her reason for writing is to entertain by celebrating her family’s tradition of dry yet merry wit, and to help ease the suffering of lack of self-confidence, having suffered it many years herself. She also likes to poke around and ask difficult questions, because she hates it when people assume something must be so.
For more kicks in the writerly pants, see her blog at www.deannaknippling.com or her ebook How to Fail & Keep on Writing, available at Smashwords, B&N, Amazon, and OmniLit.