Welcome to the next installment of Story Tips From the Big Screen.  This monthly column (to be posted the second Monday of each month) explores screen writing techniques that will help fiction writers tell a better story.

The first structure we’ll be looking at is that of myth throughout the ages, the Hero’s Journey. It fits nicely into our three act structure. Therefore, after an overview and review of the big picture this month, we’ll look at each act within this structure over the next few months.

The Hero’s Journey, a term coined, as close as I can tell, by Christopher Vogler, is a series of twelve stages seen throughout the centuries in classic stories. Vogler borrows from Joseph Campbell’s Hero With a Thousand Faces to come up with his stages.

In this classic pattern, the mythic hero journeys through all the stages of death and rebirth to come out the other end transformed. Lajos Egri in The Art of Dramatic Writing calls this “growing from pole to pole.” A lost and lonely Dorothy finds home and family. A stupid scarecrow finds his brain. A fraidy-cat lion finds his courage. And an empty tin man finds his heart.

The basic premise of this hero’s journey is this: The hero travels from his ordinary world into the mythological woods for varying reasons. While in this other world, he is faced with trials and tribulations, meets friends and foes alike and, when all seems lost, finds what he’s looking for. He then returns to his ordinary world - not always an easy trip - with the prize.

The classic mythic hero - James Bond, Luke Skywalker, Han Solo, Indiana Jones - is always on the side of good and always fights evil in one form or another. He is usually courageous and clever. He’s often endowed with a special talent or gift and is likely motivated by idealism. He may begin the journey with only self interest (Han Solo) but, by the end, he puts his life or fortune on the line for something bigger than himself.

In the course of the story, the mythic hero never quits. He never resorts to unheroic actions - though a shortcut may present itself that will test his integrity - and he never wins by lucky break.

The hero leaves his every day world and enters a “foreign place,” often because he has no choice - to refuse the call would go against everything he believes in. On the journey, he’ll be tested, learn the rules of this new world and be opposed by evil. He may be helped along the way by new friends and a mentor. He’ll face universal fears, both external (heights, big bugs, monsters, driving snow) and internal (failure, ridicule, loss of love.)

At the end of his journey into the woods, he’ll likely have a confrontation with the Evil One, which he’ll either win or lose. On his return home, he may be again opposed by evil.  He may lose the prize and have to retrieve it, and he will, ultimately, have a death/rebirth experience - even if its metaphorical.

When he returns to the ordinary world he has been transformed. He may find that the glory is stolen or isn’t what it’s cracked up to be. He may learn the true meaning of the journey and may get a call to another.

Here are the twelve steps - outlined within the three act structure (remember him?)

Next month we’ll look more in depth at the Act I stages in the Hero’s Journey. If you would like to investigate the subject more, let me recommend the following books:

The Writer’s Journey by Christopher Vogler
The Key by James N. Frey
Myth and the Movies by Stuart Voytilla 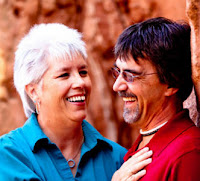