Like many Pikes Peak Writers members, I am participating in NaNoWriMo. I am not doing a particularly good job at making my word count, but I will admit to being fairly happy with what I am writing. I am also fairly happy with the level of discipline I have gained -- I am spending my lunch hour writing, a thing which I would have insisted a month ago was impossible, and I am writing every singe day.

Happiness with myself notwithstanding, I hit what I think is a common week 2 crisis which went something like 'how in the world did I ever think I had the talent much less the time to try and write anything and how dare I have the hubris to think I might have something to say which might mean something to anyone but self-indulgent self." Or something like that. And I reached out to a few trusted pals for some reassurance. And they reassured me...but I didn't feel all that reassured.

I have a dear friend who is going through a life crisis, and it occurred to me while chatting with her on the phone that my NaNo project is about her exact conflict, about being on the other side of the journey which she is undertaking. And I told her this and asked if I could share the draft of the last few pages (yes, I write out of order). Indulging me, she said yes, and I read maybe 400 words to her over the phone.

While I read, I understood maybe for the first time the intended emotional impact of what I wrote. I mean, I understood it before, but in a clinical way, a 'these words should accomplish this thing" way. In that moment, I really got the visceral impact of the scene, and I realized when I finished that my friend and I were both crying. We cried for our own reasons, overlapping a bit, me for her misfortune, and for having a breakthrough insight into my own work; her for the simple fact of the unchosen life journey she is undertaking, and for realizing there is an end to it, eventually. We cried together, and the instigator of that moment were my words.

When she said she would love to read the finished product, I realized I had just been paid the ultimate compliment for a writer -- the reader-writer contract was fulfilled in that moment and she and I occupied the same emotive space. Through my words.

We write for so many reasons: out of need, out of a desire to be published, for wanting validation, for fulfillment artistically, but at the basis of every book is a simple premise -- that the engagement of the reader with the words the writer has provided will make for an experience of sorts. Without the reader, we may as well toss our words to the wind, without the writer, readers would have no way to fill that space in them that wants the words.

So maybe I am filled with hubris, thinking I have something to say that might mean something to a reader someday. Hell, I still have to convince myself of it, then an agent and then a publisher. But I think I do have something to say, and when I say it, I hope I evoke what I managed to in that small moment, that emotive connection that made my reader cry. And I am reassured.

And now, back to writing.

The final snippet: It's not rocket science. It's beer. (overheard at Southside Johnny's). 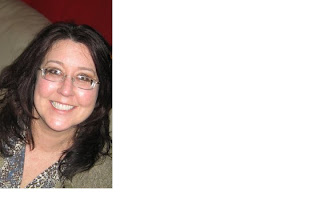