What is a Writer?

I’m guessing most of you are like me. You happened upon a particular book that truly spoke to you, and a seed was planted. From there you began to observe the world through the analytical eyes of an author. For me, this happened in fifth grade. The Diary of Anne Frank.

Perhaps you were brave enough to have answered the call to embark on the journey straight away. Or, like me, you leaned toward the practical and chose an alternate career, not because of your passions, but to pay the bills. Years passed. Eventually the germinating seed sprouted into something resembling Jack’s Bean Stalk, no longer to be ignored. 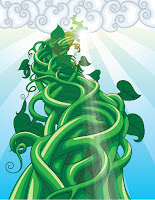 Finally, you make time to answer the call before the stalk tears through your internal organs and shoots out your ears. The frustrated voice erupts into black letters spilled onto virgin white paper. But, something is missing. Your sentences are correctly constructed. What is wrong?

Fortunately, you discover writers’ resources and search them out. Pike’s Peak Writers is one of those. You begin to frequent critique groups, lectures, and workshops. This is helpful, but also excruciating for your sensitive artist’s ego. Is your work so disappointing that, to save you the trouble, the critics intend to put you out of your misery and suffocate your ambitions? It might be better for you in the long run.

Anyone but a writer would throw in the towel, but your voice won’t be stifled. You brood for a day or two, then swallow your pride and push forward determinedly.

So then what is a writer? In my estimation, he or she is someone who must write. As simple as that. The writer learns that the other resources, though helpful, will not be adequate unless one writes and does so copiously. Writing against all odds and despite multiple discouragements turns out to be the final ingredient in the writer’s development.

Gradually one discovers that a sentence he or she once thought perfect can accomplish more written another way. Each time that sentence is revised, the meaning becomes more precise, better sounding, less wordy. Why hadn’t you stated it that way from the start? Because you are developing your art in the same way that a painter develops his. Like any significant endeavor, repeated efforts prove to be your friend. Your attempts to appease that petulant inner voice ultimately drags you kicking and screaming to your final goal. Or close. In my opinion, we never reach the goal.

The better our writing becomes, the more we notice ways in which it might be improved. In fact, the problem becomes: When does one call a project finished? My friends continually ask me whether my novel is done. Good question. Each time I read the manuscript through, I find ways to improve it.

If you have this desire to carry on, you are becoming an authentic writer. Published or not. You are content doing what you have been called to do. You happily type away several hours a day and continue to present yourself for the painful critiquing process. Occasionally, you receive a merciful word of praise.

Hats off to my fellow writers. I commiserate with your striving and I share your hours of misery and your precious moments of elation.

About the writer:  After hearing the call to write in her thirties, Ann set the ambition aside while life happened. Now that she has retired from her career as a dentist and her children are adults, she is seriously attacking that parked ambition. She spends significant time on her true passion and has recently completed her first novel, Wait for Me. She has written several short stories and is currently working on a concept for her second novel. In the meantime, she remains a voracious reader and film aficionado.