BOOK KILLS MAN! – The Occupational Hazards of Being a Writer

Every profession has dangers. Like coal mining. If you coal mine, there is a good chance you’ll die in the darkness, buried under the earth, gasping for your last breath. Or there’s black lung later on. That death would also involve gasping, I suppose.

Even office jobs have their risks. Carpal Tunnel has crippled some of my good friends—back trouble, ink lung, you know, that kind of thing.

Being a writer also has its occupational hazards. What are they? Well, the list is long, since publishing is a bloody business, but here are nine of them.

3) The Inability To Read Like a Normal Reader: I study the hook, I look for the conflict, blah, blah, blah. I don’t really read for enjoyment. Just studying craft, yo, all the time.4) No Time For Video Games: Dude, I played BioShock before I was published. I got as far as the big plot twist, and then, well, I published my first book. I haven’t been back since.*Sad face*. However, I did pick up the game Limbo on my phone, and Limbo rules! I’m not a total barbarian.

5) No Time For Movies: A movie is a two-hour chunk of time. and when I’m watching, I study the hook, I look for the conflict, et cetera. I do watch movies, but in fifteen minute snippets. See? Not a barbarian.

6) Sleep Deprivation: Too. Many. Books. Not. Enough.Time.

8) Death By Resentment/Jealousy: She got published, and I didn’t. He has an agent, and I don’t. He gets to watch movies and play BioShock but I don’t.

9) Dream Gangrene: So, you begin that first book with visions of wonderment and eternity—I will write a book, it will be adored by millions, and people will bring me fruit and kisses. Rose petals will be spread before my feet wherever I go. Like James Earl Jones in Coming to America. It’s a beautiful vision. And then, slowly, slowly, the dream begins to rot either by inaction or by the reality of the endeavor. I have three books published. The dream is dead. I pursued my vision and it didn’t live up to the wonder and I’m a long way from eternity. But…insert motivational statement here…I will continue.

So yes, there are dangers to being a writer and pursuing your dreams. However, in my next PPWC I’ll make a list of all the blessings and joys of writing books because there is eternity in books, whether they hit it huge or not.

Keep on writing, my friends. Write on.Write on. 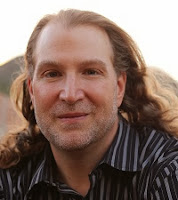 For more about him, his books, and how to overcome artistic angst, visit www.aaronmritchey.com. He’s on Facebook as Aaron Michael Ritchey and he tweets - @aaronmritchey.