I hope you are all becoming much more aware of how your scenes are coming together.


Last month, I promised that we’d take a look at “set dressing.” Setting can range anywhere from the locale in which the scene takes place to the body language of the characters. It’s a subject that simply can’t be covered in one quick column. So, this month, we’ll look at the physical setting - the place and objects that go into each scene. Next month we’ll look at setting with regards to character. This, despite the fact that it is very difficult to analyze physical setting without talking about character.

When leafing through my screenwriting books, I found two distinct uses of the word “setting.” First is the world created for your story - the time, place, and rules of the world your characters live in.


Paul Lucey in Story Sense refers to this as the frame of the story. Not only does the frame include the time and place within which the story is set, it also includes the theme, mood, style and the “overall visual look of the movie.” A sci-fi thriller will have a completely different look and feel than a gothic romance will. Not only will the sets be different, even the language used to tell each story will differ.


Second is what Bo Goldman listed as going into the box that makes up a scene: setting, weather, costuming, lighting, props, animals, whatever can “jack up the drama.”  (Again, Story Sense by Lucy.)


Keep my disclaimer in mind, though: We’re looking at the subject of setting from a screenwriting perspective. That automatically limits us. That which appears on the screen or stage is particularly visual. As novelists, we have many other tools we use to paint a picture. Sometimes, because of these tools at our disposal, we neglect the visual.


I have a number of movie screenplays on my computer. I will share with you pieces of some of these in hopes that you’ll be inspired to look much more carefully at the dressing of your characters' surroundings. Oh, and I have an assignment for you, too. Stay tuned....


The key to great description - with regards to setting - is the use of specific detail. Michael Hauge in Writing Screenplays that Sell, says: “The particulars of appearance, attire, decor, attitude, and manner which convey the essence and the uniqueness of a character or setting are the ones to employ. Such attention to detail will create and enhance the movie in the reader’s mind and will contribute most strongly to his emotional involvement in each scene.


Specific detail. Instead of a vase of flowers - an intricately etched crystal vase holding thirteen Brigadoon roses. Instead of a car in the garage - a hot, red Dodge Viper waiting in the bay of the spotless three-car garage. Instead of mounds of snow - mounds of dirty snow laying on slabs of ice. Instead of rain - a heaven-opened-on-our-head deluge, or a soft Scottish mist, or maybe rain just now turning to snow. We paint pictures with specific detail.


An aside here to give you a fabulous example: "Gazing across the street at the egg-carton high-rise that partially obstructed her view of the mountains, Jackie spotted one of the few reliable signs of spring: dusty ficuses and elephant ferns crowding the screened balconies, hauled outside to bask in the sun. But the brilliant rays masked a nip to the air and the trees couldn’t decide whether to trust the calendar." (From Blind Spot by our own Stephanie Kane)


Without further ado, let’s look at how the screenwriters set the scene. Mind you, their form is different from ours, but they are still using the tools we all have - words - to set their stages. (For our purposes, I have not maintained proper screenplay formatting.)


From KATE AND LEOPOLD


Large hallway clock -- 6:15. A pair of boots track a freshly scrubbed floor as Leopold heads carelessly up the stairway. Three steps behind, the valet snaps his fingers signaling the staff to clean up the mess.


A bird sits listless in a gilded cage.


Hot water is poured into a bath.


From GOOD WILL HUNTING


The bar is dirty, more than a little run down. If there is ever a cook on duty, he's not here now. As we pan across several empty tables, we can almost smell the odor of last nights beer and crushed pretzels on the floor.


CITY OF ANGELS lies spread out beneath us in all its  splendor, like a bargain basement Promised Land.


CAMERA SOARS, DIPS, WINDS its way SLOWLY  DOWN,  DOWN, bringing us IN OVER the city as we:


SPIRAL DOWN TOWARD a lush, high-rise apartment complex. The moon reflected in glass.


CAMERA CONTINUES TO MOVE IN THROUGH billowing curtains, INTO the inner sanctum of a  penthouse  apartment,  and here, boys and girls, is where we lose our breath, because --


PASTEL colors. Window walls. New wave furniture tortured into weird shapes. It looks like robots live here. On the table next to the sleeping Venus lies  an open bottle of pills...next to that, a mirror dusted with cocaine.

From AIR FORCE ONE


The STRIKE FORCE LEADER signals to his team. Without a moment's hesitation, they dive into the darkness and plummet toward earth.


Epic beauty: cobalt mountains beneath a glowering purple sky fringed with pink, as if the clouds were a lid too small for the earth; a cascading landscape of boulders shrouded in deep green grass; and the blue lochs, reflecting the sky. We hear a voice, husky, Scottish...


VOICE OVER  I will tell you of William Wallace.


Palm trees in silhouette against a cherry sky. City lights twinkle. Los Angeles. A place where anything is possible. A place where dreams come true. As the sky darkens, triple-kleig lights begin to sweep back and forth.


The KLEIG LIGHTS are out front. Valets hurry to park a line of elegant cars.


Okay, so there you have a starting point for thinking about your use of physical setting. Your assignment is this: the next scene you write - write it in screenplay format. Set the scene going in with over the top description. Describe everything - you can cut out the fat later. Then, briefly describe the action and write the dialogue. See if that makes the scene pop for you.


Until next month - BIC-HOK (Butt in Chair - Hands on Keyboard) 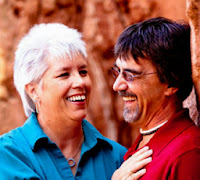 
Posted by Shannon Lawrence at 8:00 AM