Karen Albright Lin's adult literary mainstream poem, "Holding Us" (online and softcover), was published in Paris/Atlantic, the American University of Paris literary magazine, in May 2013. The poem is available in the Paris/Atlantic 2013 issue here. The author's website is at www.karenalbrightlin.com.

"Holding Us" is a poem about love lost and knowing one "could have had more than the sea to hold." 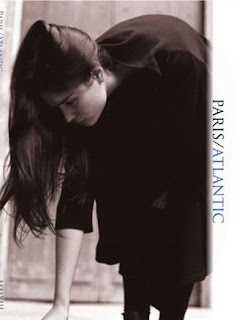 Karen also has a mainstream, all-ages short story, "Easy," which will be performed on stage by the Boulder Museum of Contemporary Art's "Stories on Stage" program on May 16th from 7-9 p.m.

My love story, EASY, has been accepted for the BMoCA and Stories on Stage event "Love Stories and Other Disasters." EASY will be performed by Stories on Stage during an evening of storytelling about done-me-wrongs and broken hearts. The event will take place at the Boulder Museum of Contemporary Art on Thursday, May 16, at 7pm and will be $13/$10 for members. For info: 303-443-2122  www.bmoca.org

Karen Albright Lin is a professional editor/consultant for multi-published and yet-to-be published writers of fiction, nonfiction, and screenplays. She writes cookbooks, ghostwrites, and writes for newspapers and magazines, as well as literary magazines. She has won or placed in 25 writing contests. She’s written and collaborated on five short scripts and ten feature length screenplays that have garnered international, national and regional awards--one produced. Her co-written scripts have been considered by James Cameron, Barry Sonnenfeld, HBO, Showtime and the Sci Fi Channel. She speaks at writer’s conferences, retreats, and on cruises.