I have a good sense of finality.

If you follow me on Facebook, you’ll notice that after most events, I post a picture of torn-down tables, empty rooms, or empty chairs. At comic cons, at writers conferences, it takes so much time to create the temporary marketplace and yet it can be torn down in minutes. Snap your fingers. Blink. And the event is over. All lost. Like tears in rain.

In the end, in the halls of our own selves, there will come a time when the books will be boxed up, the swag put away, and it will all be carted off to the van to be delivered to some impossible-to-understand destination. In the end, we all will be dead.

I have a confession to make. I’ve been lax on my Pikes Peak Blog posts. I was hitting the monthly deadlines for years on end (sometimes running late, er most of the time late), but in 2016 something has changed in my writing life.

I spent more time promoting than writing. The game has changed. I have five books out in the world, and if all goes well, by this time next year, I’ll have ten books, including three romances I’ve co-written with Andrea K. Stein, my partner in crime. By the end of 2017, ten books. That’s a lot. Howdy-do, that’s a lot.

One of Pikes Peak Writers dearest friends, Linda Rohrbough, now Linda Houser, gave me the rules of writing when I was brand-new back in March of 2006. She said the game changes at every stage, and the game for me has changed.

But I don’t want it to change. I want things to stay the same! I don’t want the vendors to tear down on Sunday night and I don’t wanna go home! Why can’t we always be at comic con?

Why must we die?

But I do know that constant change is here to stay (yes, Rush lyric) and that I have to change with it. I have to accept the many deaths along the way.

So I have to step down from writing blog posts for Pikes Peak Writers.

The nice thing is, we have others, like the inimitable Jason Evans, who is there to replace me. And what great news for me, right? I’m writing books, I’m selling books, things are awesome, right? Right?

Nope. It’s too real. I want it all to be so much grander than it is. I want so much more dram, so much more amazing. 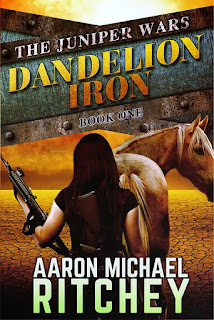 This is why I write fiction. Because in my books, I can make things how they should be, not how they are. In reality, I have to accept things as they are.

In a lot of ways, I don’t feel any different than I did when I didn’t have any books on Amazon. I feel despair, and hopelessness, and a keen sense I’ll never make it. And when I say make it, I mean how like J.K. Rowling made it. I wanna be Stephen flippin’ King or it doesn’t count.
Which is all such a recipe for disappointment. Even the real Stephen King isn’t the fictional Stephen King (yes, that’s a Dark Tower reference).

I have to practice being grateful. I have published books. I have a community of wonderful writers in Colorado whom I love. I don’t think there is a better state in the U.S. than Colorado for being a writer. We are lucky.

No, we are blessed. I’m blessed, that I’ve gotten to write for the Pikes Peak Writer’s blog for so many years. I’m blessed to be able to go to the conference every year and hang out with you wonderful people. 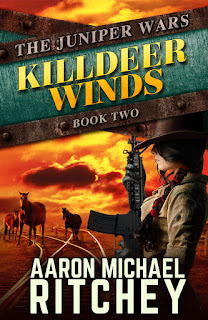 And as long as I’m alive, I need to hold on to that feeling of gratitude.

I can never repay Pikes Peak for all it has given me over the years. The PPWC was the first writer organization that invited me to talk. You had me emcee the conference three years in a row. And dang, being asked to write for the blog was such an honor.

I love you guys.

And yeah, I’ll be stepping away, but I won’t be dying. Not yet. Not any time soon. I have books to write, dammit, before this party closes up, and I get to take that short walk home. 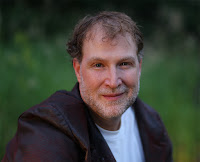 Aaron Michael Ritchey is the author of The Never Prayer, Long Live the Suicide King, and Elizabeth’s Midnight. His fourth novel, Dandelion Iron, the first book in The Juniper Wars series, is available now from Kevin J. Anderson’s WordFire Press. If you like the first one, Killdeer Winds, the second book in the series, just hit the streets. In 2015, his second novel won the “Building the Dream” award for best YA novel, and he spent the summer as the Artist in Residence for the Anythink Library. He lives in Colorado with his wife and two ancient goddesses of chaos posing as his daughters.

For more about him, his books, and how to overcome artistic angst, visit www.aaronmritchey.com. He’s on Facebook as Aaron Michael Ritchey.
Posted by Aaron M. R. at 8:00 AM