The QABN Formula for Plotting Fiction

I tried Kindle Unlimited and found there was only one book on there I wanted to read. While I didn’t keep my trial subscription, I did buy the book: Storyteller Tools: Outline from Vision to Finished Novel without Losing the Magic by M. Harold Page. What piqued my interest in this one was the author’s claim that he’s been writing three fiction books a year, doing pretty well at it, and this book is how he does it. He plots using the QABN formula.

Like many Kindle books which probably didn’t benefit from an editor, it’s full of rants and can be hard to follow. There’s a certain amount of poor language choices (okay, cursing that’s not even clever, just cursing) and sexual innuendo. If you take that stuff out, it’ll be even shorter, and I wouldn’t have a problem with that.

There are two benefits I took away. One was the QABN formula, which I’ll share with you here. The other was Page’s plotting notes. M. Harold shares his plotting notes with us pretty much verbatim and they’re as hard to follow as I expected. I found this rather encouraging, because mine are, too. (That’s because they’re just for me, and M. Harold says the same thing.)

Ah, but the QABN - now that is a gem. QABN stands for this formula: Question, Answer, But . . ,Now. A bit of a new twist on an old plotting technique, which is to thwart the hero by throwing obstacles up to the story goal. Question is the story question – that’s obvious enough. Answer is the end result or the goal. But is the obstacle to the end result. Now is the new resulting situation.

Dwight Swain, who passed on some time ago, explained the QAB portion like this in Secrets of the Selling Writer: What does the hero want and what’s in the way of him/her getting it? I still have an audio recording of his workshop that has stuck with me.


The less obvious part is that Page uses this formula for every scene. He starts by doing a QABN that is an overview for the entire book - the elevator pitch, if you will, and then drills down on the events in the plot using the QABN until he has a QABN for each scene.

And Page likes twists. I’ll make one up here for the sake of example: Will the prince ask the princess to marry him? Yes, but the princess chooses to remain single, because she wants to save the family fortune for her nephew to carry on her father’s name rather than let the prince control it. Page has lots of other examples in the book. But I’ll spare you because you get the idea. The But opens a whole new Now for the character, and the reader. And that spells conflict, which is what makes the story world go ‘round.

Of course, you’ve got to make these twists, these choices that go against the grain, plausible. But they make for much more interesting reading.

This isn’t hard and I think you probably have the gist of it by now. If not, may I suggest you can get Page’s Kindle book for under $10 and study it to your heart’s content? Tell him in your Amazon review that I sent you. <wink> (He doesn’t have any idea who I am, but that ought to send him scurrying over here to the PPW blog find out.) 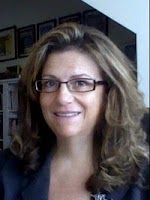