Get On With It 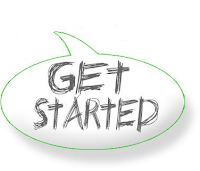 (Editor's Note: The Sweet Success post originally scheduled for today will appear next Friday, May 29.)

We writers often linger too long in the beginning of our books, bogged down in what turns out to be a warm up. We are fascinated by what we are learning about our characters and the world they live in. We swim through tons of history – it’s all relevant, right? After all, we need to understand our characters’ backgrounds.

Yes. We do need to have an understanding of what has happened to the characters before page one. But the reader only needs to have a general sense of what came before the main action, what made the character the man he is. For example, we don’t need to know that Geoffrey Erskine III studied at an Ivy League school with the help of his daddy’s donation to the business school. We can instead suggest it through Erskine’s attitude, his name, his vocabulary, his dress, how he physically carries himself.

Long introductions may bore your readers, make them scan to find the spot where you get on with it. Cut your intro to a point where your characters do something interesting. Consider minimizing exploration of the normal world by starting at a point of change or even soon after the inciting incident. We can start with a man wandering the streets confused at having been booted from his house by his wife of thirty years.

Character traits can initially be implied rather than presented on-the-nose. Certainly our understanding of the characters’ backgrounds make it possible for readers to have a sense they are real rather than simply dropped into a conflict-filled world for the sake of plot. But it’s best not to offer readers more than necessary. Because we have a tendency to do this, our beginnings often end up being substantially cut in the second and third drafts. To avoid overwriting introductions we can put our ACT I paragraphs through three tests.

1 – Do we need this information to get the story’s plot started?


2 – Is the specific information needed right off the bat to understand your characters?

3 – If the backstory will be necessary to your story, can we get the information later when it is vital and triggered by the action?

We often live with our characters and in their worlds before we even put our fingers on the keyboard. As a result, we have a tendency to do a first-draft-splat. Backstory that isn’t absolutely essential to get the adventure started is best removed or saved for later. Find the real beginning of your story.

About the Writer: Karen is an editor, ghostwriter, pitch coach, speaker and award-winning author of novels, cookbooks, and screenplays. She’s written over a dozen solo and collaborative scripts (with Janet Fogg, Christian Lyons and director Erich Toll); each has garnered international, national and regional recognition: Moondance Film Festival, BlueCat, All She Wrote, Lighthouse Writers, Boulder Asian Film Festival, SouthWest Writers Contest, and PPW Contest. Find out more at www.karenalbrightlin.com
Posted by Writing from the Peak at 8:00 AM