Testing Your Voice – Are You Ready for Critique? by Deb McLeod 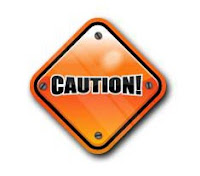 A critique group is a place to make writing friends; its deadlines keep you motivated to produce pages. The price is right – they’re usually free. Some writers swear by their critique group. It seems like an all-around great thing for new and lonely writers.

Maybe sometimes it is, but…

In my business as a creative writing coach, all too often I inherit “critique group survivors.” They come to me with their flat voices and their fear of adverbs, adjectives and passive sentences. They bring their divining rod for the verb “was.” They come dragging their invisible point-of-view-police and plop into a chair in front of me.

“Can you help me?” Their eyes are sad, haunted with the vestiges of an almost-dead dream.

“What seems to be the problem?”

My heart goes out to them. Then together we begin the long work of reclaiming their voice and the passion they had for the project when they first started.

If not a group, then…

Not long ago I was in front of a creative writing class and on my usual rant about critique groups. Someone said, “Well, where do you propose we learn how to write?”

Good question. Take a class, get a craft book, work with me, or join a raw writing group where critique isn’t allowed until the writing is ready and the voice is firm. Or write and rewrite and give your work to a reader or an editor.

Recently, I had a career-defining moment which gave me the impetus to write this blog. About nine months ago, I began sessions with a client who had been working on her project for more than a few years.  She came to me fresh from a critique group who had convinced her that the story should start a certain way and be told a certain way - according to the rules. “But they’re a Master Critique Group,” she would say to me when I challenged their conclusions.

In our first sessions we talked about her story so I could get a feel for what she wanted to say. Then we began the writing and rewriting. After a particularly good session where she grasped a concept about getting more work out of her transition paragraphs, and just before she was off to pitch the book at a conference, she thanked me for helping her. Then she said those words that went right to my heart: “I’m proud of it. This is the story I wanted to tell.”

Because that’s what writing is about, isn’t it? Telling the story you want to tell? Putting your voice into the collective conversation?

In “Narrative Design: Working With Imagination, Craft, and Form,” Madison Smartt Bell addresses the workshop model (think Master Critique Group here) conducted at the Iowa Writer’s Workshop. These workshops are the granddads of MFA programs and critique groups as we know them.

Invited to teach at Iowa, Bell conducted an informal study in the workshop model. Here is what he found: “There were enormous, crushing pressures to conform in those Iowa fiction workshops. The pressure came not from any teacher but from the students themselves. It was a largely unconscious exercise in groupthink, and in many aspects it was quite frightening.”

He goes on to say: “The fiction workshop (critique group) is designed to be a fault-finding mechanism; its purpose is to diagnose and prescribe.”

About re-drafts after critique: “The results of this kind of revision were often very disheartening. I’d get second drafts that very likely had less obvious flaws than the first, but also a whole lot less interest. These revisions tended to live up to commonly heard, contemptuous descriptions of workshop work, being well-tooled, inoffensive, unexceptional, and rather dull….”

So see what you have to say before you worry about the grammar. Be firm in your voice and know the story you want to tell. And then… find a reader, or an editor, or a coach who is trained to honor that privacy and your voice while teaching you how to write so you can hold on to your individuality.

Isn’t that what brought you to writing in the first place?

About the Writer:  Deb McLeod is a writer, creative writing coach, co-founder and executive director of The Writing School. She has both an MFA and a BA in creative writing. She has been teaching and coaching for over ten years. Deb has published short fiction in anthologies and journals. She has written articles and creative nonfiction. Deb has been a professional blogger, tech writer, graphic artist and Internet marketing specialist.


Posted by Pikes Peak Writers at 9:00 AM