Column: Screenwriting Formula: It's Less Intimidating Than You May Think

SCREENWRITING: The Formula: It's Less Intimidating Than You May Think
by Karen Albright Lin

Aristotle’s Poetics is required reading for students in programs such as the UCLA School of Film, Television and Digital Media. In it you’ll find the formula that has traveled through the centures and still makes for a satisfying story.

Though novels allow much more leaway and often get away with meandering plots, screenplays tend to succeed best when they stick to a three act formula.

ACT I is the story set up. It establishes the premise and introduces the main character.

ACT II can be the most challenging to write, as is the murky middle of a novel. It incorporates confrontation, adds complications, develops subplots, and rides a wave of conflict up toward a crisis.

ACT III is the conclusion and resolution of story questions and conflict. For simplicity, let’s assume you are writing a two hour movie. You have 120 minutes to work with. At one manuscript page per minute you have 120 pages (this would be a rather long script, especially for a romantic comedy that often falls closer to 80-90 pages).

Assuming 120 pages, ACT I is the first 30 pages. Near the end of ACT I (page 25-27) comes a plot point. That is an incident that spins the story in another direction. For example Luke’s family is killed by the empire in Star Wars. Another plot point comes between pages 85-90 spinning things toward the end, FADE OUT.

In The Terminator, Arnold Schwarzenegger Cyborg emerges from the fire unexpectedly as the metal robot that he truly is. This spin is also called a reversal. Rick Reichman, author of Formatting Your Screenplay, suggests having an action or psychological reversal in every scene to make the plot really roll along and surprise the viewer.

That brings me to another element of a screenplay, the scene. A sequence is a series of scenes tied together as a unit by a single idea. It may involve changing locations – from a living room out to a car and down the street. A scene is the action at a singe location. A scene is signaled with a primary slug line.

It tells the director that this is an interior INT. or exterior EXT. shot. It also tells location and what time a day. Dawn and Dusk are hard to capture, so often recommended against.
The character who speaks, a parenthetical (a personal direction to the actor), dialogue and direction are formatted like this.

Here the direction tells what’s necessary to know about the surroundings and action in the scene. For scene setting, often no more detail is necessary than simply “typical teen room.” Action would include who’s on scene (first appearance in CAPS) and what they do.

The character cue is all CAPS. The parenthetical involves attitude or instructions to the actor and is frowned upon unless absolutely necessary because it bosses around the actor. The dialogue follows directly and is set inside specific margins. Avoid large chunks of direction. If you need more than four lines of it, break it up into 4-line chunks so that it’s easier to read.

FADE IN: starts your script. FADE OUT. ends it. There are many special slugs. Common ones include: MONTAGE (scene broken to show passing of time), BACK TO SCENE (after coming out of flashback), SPFX (special effects), MOS (German for without sound), SFX (sound effects), MATCH CUT (use of physical object to bridge shots), V.O. (voice over), Fades and Cuts (limit use of these, they step on director), CLOSE UP (only use when it’s absolutely necessary).

I wrote most of my screenplays using Word. I simply tabbed over as needed. If you are willing to fork out about $80-$150, you can buy Final Draft or Movie Magic, easy to learn programs that format for you. Details change over time so try to get the newest version. www.Zhura.com has free screenwriting software. There are also formatting macros that work with Word programs (about $40). Learning the format is easy. Pick up The Screenwriter’s Bible by David Trottier and you’ll find all you need to know to get started.

Next posting I’ll discuss the industry, marketing, and types of representation. Meanwhile, keep your dialogue snappy and your directions brief. Don’t step on the director. Avoid dusk and dawn. 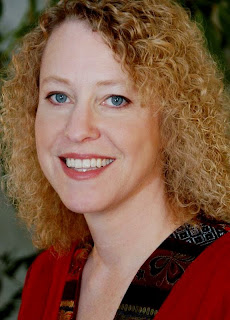 Posted by Pikes Peak Writers at 5:50 AM