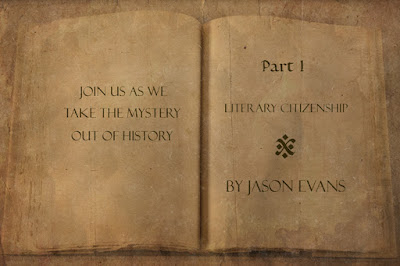 Hi! My name is Jason Evans and this is the premiere of my Pikes Peak blog on historical fiction. I am really excited to share my experiences, my passion, and my so-called, “expertise,” on the subject with the members of the Pikes Peak Writers community. Before I begin, I want to thank Donnell Bell for offering me this opportunity to reach out to you, the members of Pikes Peak Writers.

So before we get started, allow me to stand on my soapbox.

I strongly believe in “Literary Citizenship.” It’s a term I coined a couple of years ago. Basically, it means we are all members of a strong and diverse community of writers in Colorado Springs, the Rocky Mountain Region, and across North America and the world. As a member of this community, we have to constantly earn our place through service. But it doesn’t end there.

To keep our place, we have to continue to be of service to our fellow writers. The good news is that service renews our hope and revitalizes our art, and anybody can serve.

It could be telling a friend about a great craft book we’ve discovered, or writing a review for a friend’s published book on Amazon. It could be as simple as celebrating our peers during their successes. (This may also mean swallowing our jealousy – hard!) If you’ve been in the writing game for a while it may be volunteering at the Pikes Peak Writers Conference by leading a panel or seminar. It could also mean mentoring someone new to the craft. I myself have been humbled by the support I’ve received from pros like Aaron Michael Ritchey, author of the Never Prayer and Dandelion Iron. Or, my dear friend Mary Wine, author of Highland Heat and Highland Spitfire.

The point is, wherever you are in the writing process, whether you’ve published a book, or struggling with your opening line, you too can help others along the way. There is room enough for everyone and this is not a competition.

I get the impression that historical fiction scares a lot of people. That the idea of writing a compelling story, (whether it’s a novel, a novella, or a short story,) somehow should be the province of the professional historian, or at least the master of historical trivia.

I also get the impression that some people believe that you can’t write historical fiction with diverse characters. Whether those characters be women, minorities, transgendered or gay, nothing could be further from the truth.

The formal English Regency, when Parliament declared George III unfit to rule, occurred from 1811-1820, when George III died. However, many artists, architects and historians use the term loosely to refer to period from 1795-1837.

Regardless of how you define it, this was a tumultuous period in British history. Want strong women? How about the Quaker reformer Elisabeth Fry, who worked tirelessly to make British prisons more humane for both men and women. Growing up in a family of bankers and politicians, she used her influence to wage a nonstop battle against corruption and the abuse of women for more than 30 years.

Or how about the Irishwoman Elizabeth Conyngham, an Irish noblewoman by marriage and mistress of King George IV. Born into a wealthy Irish banking family, she climbed the social ladder using her looks to her advantage until she gained the attention of the prince-regent. Weak women don’t manipulate kings like this woman manipulated King George IV. 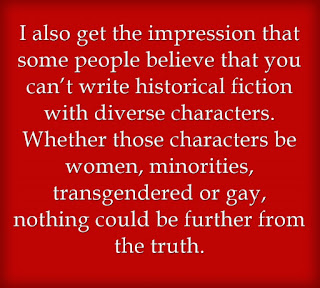 Intrigue and social reform not cool enough for you? OK. Remember this, the American War of 1812 and the Napoleonic Wars occurred during the English Regency. Native American tribes fought on both sides of the War of 1812. Tribes like the Shawnee, the Winnebago, Delaware and Miami fought for the British. And, the largest emancipation of African slaves in North America, before the Civil War, occurred when the British freed and enlisted 4,000 slaves. Many of these former slaves chose careers in the British armed services as sailors and soldiers, earning ranks as high as sergeant. (Officer ranks were reserved, mostly, for the British nobility.)

During the Napoleonic Wars, revolution ravaged Latin America, too. In Latin America many of those who supported revolution from Spain were Mestizo or Creole with Native American and European heritage – although this was not always the case. Again though, we have the potential for diverse characters!

Let’s also remember that during this period, women controlled noble titles, estates, farms & businesses while their men fought on both sides. Let’s also remember that women worked as spies, as did men of all heritage. And, while I personally have never researched the appearance of transgendered or gay historical persons from the English Regency, that doesn’t mean they weren’t there.

The Tudor period, on the face of it, seems like it would be a much more homogenous time in European history. Diverse people lived all throughout the British Isles during this period, too. But let’s define our terms, shall we?

The Tudor period was 1485, when Henry 7th killed Richard III at the Battle of Bosworth Field, to 1603, when Queen Elizabeth I died, ending the Tudor line of monarchs. While this was a much more peaceful period, it was still a time of cultural and ethnic interaction and appropriation.

Pocahontas visited England and actually had an audience with Queen Elizabeth I.

Sailors and artisans from Spain routinely settled in England for business reasons before and during the Anglo-Spanish War. Some of these were of Arab and African descent.

Visitors from the Ottoman Empire visited England during Elizabeth’s reign in an attempt to build an alliance against Philip II’s Spain.

Onyeka Nubia published Blackamoores: Africans in Tudor England, their Presence, Status and Origins, in 2013. He argues that Africans existed in small numbers in Elizabethan England as artisans and craftsman. That the evidence shows they married into English families and were a part of English culture, however small.

Did I mention the Irish pirate Grace O’Malley, scourge of the Irish Sea? 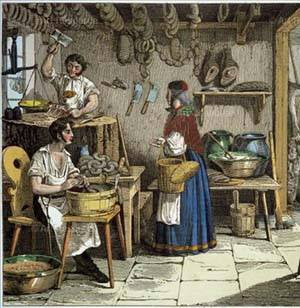 Look at these three medieval paintings. In each one, a woman is participating in a traditional male craft. One is butchering  – a man’s job.

Not convinced? Look at the woman sculpting a statue with a hammer and chisel. 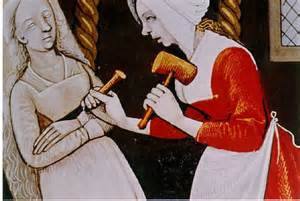 Still not convinced? Look at the woman in the back of the third painting, she working as a BLACKSMITH! 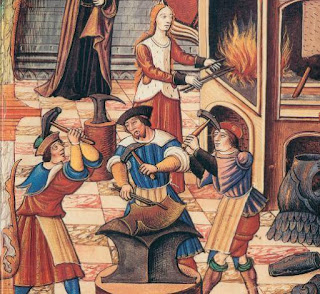 Diverse people and strong women lived in all periods of western history, you just have to look for them.

So what do you do with the information? WRITE YOUR STORY! Write strong women characters. Write characters who are Black, Arab, and Latin Americans. Write gay and transgendered characters.

Now, this is not license to ignore the historical record. No African prince proposed to Queen Elizabeth I. No Muslim-Arab became Duke of Somerset. Women were still brutalized and oppressed in many situations. Homosexuals and transgendered were sent to prison or murdered when discovered. But the evidence points to their existence in both the English Regency and Tudor England.

Tell the awful, horrible truth, in your historical fiction. People of diverse origins lived, worked, and thrived in the past. Sometimes they struggled and were treated unfairly, but they were there.

The past was more diverse than we imagined.

So what are you waiting for? Go write! 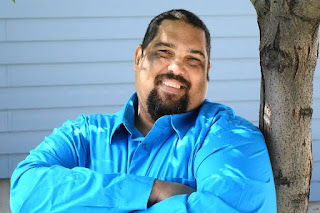