(To read the second part of this series, click here.)

One of the greatest things I learned in my time as a corporate internet marketer is that with the advent of the internet, the audience now drives the boat. Marketing has shifted from message driven to audience driven. Who your audience is and what they want to hear or how they want to hear it should dictate the form of the content you create for them.

This is true in marketing. Could it have a place in entertainment, too?

Let me be clear, I’m not saying you write your book to the widest audience and lowest common denominator. I am saying you might look at the changing times and realize that it is the audience that’s driving the change. The rise in eReading, the rise in book bundles, the rise in more content out faster. It’s all happening because that’s what readers want. The novel series or serial has a growing place in the industry.

TV drama series are changing the way people want their stories. Television series offer a lot to novel writers these days. If you’re looking at creating a hybrid novel series that borrows from television, as I am, here are some things to consider.

I first heard the term Vertical Plotting when I read Pamela Douglas’ book Writing the TV Drama Series, a book I highly recommend.

In her book, Douglas talks about the vertical arc (you can substitute novel writing and series novel writing for her analogy of film and TV):


In feature writing [think novels] you were probably told to create an arc for your protagonist that takes him from one state to its opposite; the character struggles toward a goal, and once that is attained, your story ends.

So, how do you progress a narrative without an arc? Well, you create a different kind of arc… You’re interested in the process, not just the outcome.

But watch out -- this does not mean characters are flat. Your continuity cast should never be mere witnesses to the challenge of the week. On the contrary, characters who are not transformed by the plot need something instead: dimension. Think of it like this: instead of developing horizontally toward a goal, the character develops vertically, exploring internal conflicts that create tension. The character may be revealed incrementally within each episode and throughout the series.

So, depth revealed vertically, but horizontally as well, over the course of the series in a long narrative arc.

Let’s look at the TV show Breaking Bad (BB). BB chronicles Walter White’s transformation from protagonist to antagonist throughout the life of the series. He changes over time on the horizontal as the plot plays out in each episode. His vertical is the depth of revelation within each episode and season.

Most TV series are written open-ended. If they can, they will air forever. The characters don’t change much and if they do, it’s over the course of a long narrative. BB is more like a series novel in TV form. That’s the format I’m going for in my novel series: The Julia Set. 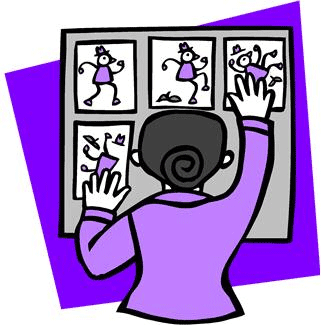 To try to incorporate both the horizontal and vertical narrative, as a starting point, I used Blake Snyder’s Beat Sheets to map the emotional change and journey of each of my main characters. Each major character gets their own beat sheet for each book and for the series. I have a giant spreadsheet where I track their change and assemble the plot.

I use the beat sheets for each character because each one is the star of their own story. Every character wants something and grows and changes, much like we all do in real life. We’re all chasing our own goals and facing our own particular growth periods as we are forever in one act or another of becoming. Unless we’re zombies moving through life, and I guess every good story needs some of those. Minor characters who don’t change but serve the plot and die squishy deaths.

Some of my characters’ stories play out their fifteen beats within the time span of one book in the series. Some play out their transformation over the course of the whole series, like Walter White does in BB. But each book reveals another piece in the depth of their story.

The vertical depth creates the relationship between the reader and the characters that will bring them back to the next book to see how the character changes and the plot unfolds.

So how do you sustain this over a number of books? Create multiple characters and subplots. Aside from that you need Excel, beat sheets, index cards, white boards and an understanding spouse who you can wake up, interrupt, or drag to Starbucks to talk about the plot.

But beware the complex threshold. You have to be able to not overwhelm your reader with story lines, subplots and points of view.

That’s my major question with my beta readers these days. Where were you confused? So far, I think I’m doing okay, despite the editor at Pikes Peak Writer’s Conference who said readers won’t manage more than about three storylines or points of view. I disagree. And cross my fingers.

But just in case, I already know the two characters I will combine into other characters to simplify the story. But is that really what readers want? What do you say, Game of Thrones fans? Would you prefer a simpler storyline?

Now the question becomes: Can I pull this off? Time will tell. But I’ll tell you this—I am having a blast.

About the Author: Deb McLeod, is a writer, creative writing coach and founder of The Writing Ranch. She has both an MFA and a BA in creative writing. She has been teaching and coaching for over ten years. Deb has published short fiction in anthologies and journals. She has written articles and creative nonfiction. Deb has been a professional blogger, tech writer, graphic artist and Internet marketing specialist.
Posted by Deb McLeod The Writing Coach at 8:00 AM