Those of us who write professionally are constantly looking for ways to stir our juices and embrace new things. That’s because it’s easy to get into what feels like a hole. The trick is finding a way out.
For example, my friends find it fascinating that I’m a writer, but my kids are not at all impressed. They think what I do is the most boring job in the world. My oldest daughter used to make fun of me by sitting at the table pretending to type, and then imitating her or her sister asking me questions.
“Mom, can I go jump off a cliff?”
“Mom, can I eat all the ice cream in the freezer?”
And then she’d mimic me with the same answer every time as she looked straight ahead or held up one hand while she pretended to be typing.
“Just a minute,” she’d say, imitating my voice. Then she’d laugh. It was a funny routine.
Only it wasn’t just a minute. They knew it and I knew it.
That’s the compelling attraction of digital. It sucks us in. I can look up after working on a project and find four or five hours have gone by and I haven’t moved. My life has been like that for more than two decades. Only now it’s not only those of us who love writing, but it’s everyone who has a computer or a smart phone who is experiencing the digital draw problem.
The wrinkle is there’s not much in that digital world that inspires the kind of creative juices needed to get moving on creative work. One of the best books I’ve read in a while about the creative life is Steal Like An Artist by Austin Kleon. I found it this summer and it’s one of the books I keep around for inspiration. In it, Kleon says we need more analog.
What’s analog? A pencil is analog. A pair of scissors is analog. Paste, tape, glue, and markers are analog. So are magazines and paper books. Kleon says he has an analog space opposite his digital space and he doesn’t let one world cross into the other. In his case, he has two desks across from each other. One has his computer, keyboard and all the electronic stuff he needs for his work. The other has pencils, paper, markers, and a bunch of creative tools that require no electricity. And he says the analog space helps his digital work.
I heard that before, and I used to think it was nonsense. Until I tried it. My first time was when my fiction agent asked for a detailed proposal for a suspense novel he’d agreed to shop and I needed to finish the ten page synopsis he wanted. The novel was set at Denver International Airport (DIA) and I was in Littleton staying in a hotel. I was making trips to the airport to meet the airport public relations people, but I was stalled on the proposal.
I looked for ideas and I remembered I’d been in a workshop where the writer leading it suggested cutting images out of magazines that remind me of things in the novel or about the setting. It sounded stupid and childish, like one of the projects I did in grade school, and I just couldn’t see how it would help. But I was desperate.
I had decided to go to a bookstore to buy magazines when I walked past a rack of touristy magazines and travel brochures in the hotel lobby. I stopped short, gathered up an armload, borrowed a pair of scissors from the desk clerk, and went up to my room to begin cutting.
To my surprise, this analog activity did help. The images I found not only sharpened my senses and reminded me of things I loved about Colorado, but I remembered details about mountain lions (which are in the novel). And there was something about cutting out and arranging the photos that helped, as well. The activity details got me going again and I got the proposal done and sent off when I’d promised.
Kleon also says other analog activities help with the creative work, even though they look like a waste of time. I knew that already. I find myself loading the dishwasher or putting in a load of laundry when I’m stuck on a plot point. Walking is one of my favorite activities. So are yoga and hip-hop line dance class, which I make a point of being at no matter how busy I am. If I need to, I tell people I’m in a meeting. Because the times when I’ve sacrificed my yoga or line dance class for something to do with my business, I’ve always regretted it.
Now, it’s my belief that Colorado folks know how to do analog. But I suspect people from places other than Colorado are reading this. So, I’ve got to ask, what’s your favorite analog activity to help stir your creative juices? 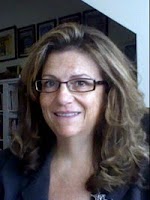