Like any published writer, I get a lot of questions about overcoming writer’s block. There are always the basics, like have a plan. For me that means I need to know the beginning, middle, and the end. Plus I need some definition of who the main characters are, what their strengths are, and what they’re afraid of.

But the bottom line is at some point I have to sit down and crank out the book. I can’t do it in a day or even a few days. I need to build the book like a bricklayer builds a wall. Writer’s block tends to stall that process. Here are some tips that have helped me overcome those days when I feel I’m blocked, along with a few parting thoughts about writer’s block.

Stay In Touch With The Work: There are days when I cannot spend the time I’d like working on the manuscript. But I try to make sure I look at the material, to keep it fresh in my mind. If I allow myself too much time away from the work, I have to spend time reviewing what I’ve already done so I can figure out where I was. It’s easier and more productive to stay in touch. This has the added benefit of allowing me to mull over the manuscript while I’m doing other things. I often solve problems in the manuscript that way.

Expect That Creating Can Involve Discomfort: I’ve found creating a book can involve discomfort on two levels. First, there’s often a grieving process involved. Eric Maisel introduced me to this concept in his book Fearless Creating. I often find myself upset after I write because what’s in my head is so much better than what I’m able to get on the page. I waltz through the stages of grieving (not necessarily in order): denial, anger, bargaining, sadness, and acceptance. However, when I come back to the work later, I often find myself thinking, “That wasn’t half bad. What was I so upset about?” Plus, I realized no one but me saw what was in my head. So if what I wrote did the job, that’s all that matters.

The second uncomfortable part of the creating process is the discomfort from doing something I haven’t done before. I got this from John Maxwell’s book Failing Forward. Once I understood I should expect to be uncomfortable (especially if I’m creating a new pattern of behavior, like writing at a certain time on a regular basis) I can accept it and do the work anyway.

Don’t Get Caught Up In Perfectionism: Another thing I learned from Eric Maisel is it’s not reasonable to expect performance at one-hundred percent capacity every time I sit down to work. I love those days when I’m firing on all cylinders and the words are coming almost faster than I can get them down. But I can still be productive working at a lower efficiency rate. I know I wouldn’t expect anyone else to be at peak efficiency all the time. Expecting peak productivity from myself is a clue this is killer perfectionism. I do the best I can. Hopefully, my best will get better. But if it doesn’t, I am learning to be okay with that.

Keep a “Worry List” Notepad File: The only way I can sleep at night when working on a book is to use Notepad, found in the Windows Accessories group, to create a text file on my desktop where I keep notes. If something starts bothering me, I pause, switch to the desktop, and double-click on that file. I hit F5 to put in the time and date, and write a note to myself. Did I mention when I introduced that character that she has a habit of blowing her hair back? Did I remember to move the scene where he finds out she’s not coming back? I put in just enough information so I’ll know later what I meant. Then I close the file, take a deep breath, and keep on working.

At the end of the book, I review that file. I’ve found I worry about the same thing a lot. There may be fifty entries on the same subject, each worded a little differently. I’d say eighty percent of the entries are either things I’ve taken care of or items I don’t care about any more. Fifteen percent of the entries I find myself checking on, but they also turn out to be non-issues. Only five percent are entries I need to do something about. But the beauty of having that file is when I wake up worried about an issue on the book, I can remind myself I wrote it down, so I can go back to sleep.

I think there’s some truth to this, but it’s not as simple as it sounds. I’ve mulled over keeping a writing journal where I record my feelings about the work as well as what I was working on each day. Because one of the things I find fascinating is that I can’t tell at the end of the project what I wrote when I was having a good day, and what I wrote when it was one of “those” days.

My suspicion is that when I feel the most ordinary and uninteresting, the work ends up being about the same caliber as when I’m feeling like a genius (which isn’t often, believe me). But, as I said, I have no solid proof of this. I’ve surprised myself a couple of times when I picked up something I knew I wrote when I was feeling as bright as an old dust rag, and it was much better than I remembered. When that happens, my first thought is my editor made me look good. (Editors do that, you know.) Only when I check, as often as not, those were my words, exactly as I sent them in.

Maybe I don’t want solid proof. I’m miserable when I realize I’m not writing. So I’d hate to find out I need to feel like a genius, when most of the time I feel pretty doggone ordinary. 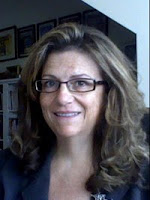 About the Author: Linda Rohrbough has been writing since 1989, and has more than 5,000 articles and seven books to her credit along with national awards for her fiction and non-fiction. New York Times #1 bestselling author Debbie Macomber said about Linda’s new novel: "This is fast-paced, thrilling, edge-of-the-seat reading. The Prophetess One: At Risk had me flipping the pages and holding my breath." The Prophetess One: At Risk recently won three national awards: the 2012 International Book Award, the 2011 Global eBook Award and the 2011 Millennium Star Publishing Award. An iPhone App of her popular “Pitch Your Book” workshop is available in the Apple iTunes store. Visit her website: www.LindaRohrbough.com.