PPWC – No Joke! by Rob Killiam

So an aspiring author walks into a writer’s conference…

Thus would begin a joke that normally would end very badly. It would involve lecture-style classes, alcohol, martial arts, a stomachache, a spy, several good professors, cowboys and cowgirls, several success stories, and a horse that looks an awful lot like a very loveable dog. If you can pull a punch line out of that, be my guest. What I got out of the Pikes Peak Writers Conference 2011 (my first writers conference ever, which contained all of the aforementioned things and more) was more than a few laughs.
Late last year, my friend Grant suggested that I attend the PPWC. While many of my friends often got very excited about it, I gave it a passing glance until Grant said something to me. While he used different words, he essentially told me that I have the potential to be not just a writer, but an author as well. He may not have even intended to put it that way, but the basic point is that someone believed in me enough to want to see me excel in it.
If I had thought it through, I would have realized and expected the Conference to be the kind of place where that attitude repeats itself hundreds of times over. As it was, I came to classes on Thursday and was pleasantly surprised to find that very nearly unanimously, the instructors of each class throughout the weekend showed a passion not only for their career and/or craft, but for those who have chosen a similar pursuit. It was fantastic to see such a motley but personable and caring group of people come together for a common goal.
My first introduction to the creature known as Conference was through Debra Dixon’s Goal, Motivation & Conflict. I intentionally abstained from most of the class descriptions, intent on sitting in on classes that weren’t necessarily “up my alley”. However, “GMC” (as Debra abbreviates it) was self-explanatory, and it addressed the exact problems I’ve been having lately in writing my book. Her intelligent but simplified method of instruction made what could have been a very confusing topic into something easy to understand, and I don’t think I could’ve had a better introduction to what the conference is all about.
I also attended several classes that were outside of my own immediate interests for writing. Even though I don’t know if I’ll ever write a memoir for my own life, the novel I’m working on is narrated from the perspective of the protagonist looking back on his life. Consequently, understanding how he might go about writing his memoir was a great help. I never got to thank Karen Albright Lin for the instruction she gave there.
Probably the winner for the “I Never Thought I’d See This at a Writers’ Conference” award was “Write the Fight” with Marti Verlander (and her assistant Greg Hartman), though D.S. Kane’s workshop on his experience/knowledge of true spy tradecraft wasn’t far behind. There were classes on how blood at a crime scene is used to reconstruct the events, and a series of others that were both fun and informative, but I truly never thought I'd be seeing realistic fighting techniques demonstrated from the angle of writing them accurately.
However, despite all of the lectures and “classroom time,” there is one attribute that stands out to me the most: the conference is friendly. I unfortunately didn’t get to pick all the authors’ brains that I wanted, but I did have many of the staff approach me at various times in casual conversation during mealtimes and the like. They asked about what I was interested in doing with writing, what I was working on, and many of them gave very helpful advice to me for this stage in my career.
I don’t have the experiences of other conferences to compare PPWC to anything, but I can tell you that if the Pikes Peak Writers Conference is the only one that I ever attend, I think it covers the bases pretty well. Admittedly, I suffered a bit of apprehension that with a theme (“Blaze the Write Trail”), the conference might be lacking in substance and instead go for the aesthetics and flair involved with that theme. Again, I was pleasantly surprised to find that the theme references were understated; the organizers’ focus seemed to be on the craft and/or business of writing.
Then there’s Ruh (pronounced “Roo”), the aforementioned horse-dog. He’s a massive animal, I think, but he’s also a big teddy bear. He was on his best behavior as the Conference mascot, and I found him to be a very relaxing and inspirational presence. The fact he was so well-behaved gave me several ideas for my book on how animals might behave, and I certainly hope he’s at many more conferences in the future.
Lastly, special thanks go to all the volunteers, staff, and folks “behind the scenes” who made Conference what it was and what it is. Though it would be impossible for me to list them all here, I truly appreciate all the hard work put into four days of what turned out to be order from what could’ve been chaos. That can sound like a cliché, but PPWC wouldn’t exist without the hard work of so many people, and the fact they’re willing to provide the conference for us writers is something I really appreciate.
If you haven’t attended a writer’s conference before, I truly do encourage you to do yourself a favor and make the Pikes Peak Writers Conference 2012 your first one. It’ll be a great introduction to what a conference can be, though I’m afraid I might be spoiled now by all the things the conference has to offer. As the days since the conference ended come and go, I’m finding that I’m more and more inspired, encouraged, and educated by those experiences in those few short days.
Is it time for PPWC 2012 yet? 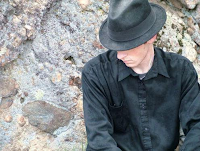 Rob Killam is a freelance writer and aspiring author who lives in Colorado Springs. His writing interests include apocalyptic fiction, alternate historical fiction, and stories based on conspiracy theories. For his living, he currently writes factual articles on a variety of "do it yourself" topics.
Posted by Pikes Peak Writers at 9:00 AM

Email ThisBlogThis!Share to TwitterShare to FacebookShare to Pinterest
Labels: After the Conference