One Day with Donald Maass and the 2017 PPWC Prequel

According to Donald Maass, New York agent and author of writing how-to books that push writers to new levels: "Your protagonist is your vengeance. Let him loose."

I attended the Pikes Peak Writers Conference Thursday Prequel with Donald Maass on April 27. The program began as an add-on to the regular Friday through Sunday conference schedule. The Thursday Prequel has become such a success that it is now offered every year. Many of us who can’t attend the entire conference opt for this one full day.

One day with Donald Maass provided nearly an entire writing conference worth of inspiration and education. He opened by stating that our goal as writers should be to take the reader on an emotional journey. How do you do this? Not, as you might think, by getting the reader to feel what the characters feel.

I had attended a Maass workshop at the 2012 PPWC. Later that year I would sell my first short story and my first novel. Were the two events directly related? Hard to say, although the workshop certainly pushed my writing up a notch.

In many ways, back then I was like a high school kid sitting in on a graduate school class. I was definitely learning, but a lot of the workshop was over my head. Five years ago I did not know what I did not know. Now that I’ve been multi-published in short and long fiction, I was curious whether there was anything else I could possibly learn about writing.  Silly me. 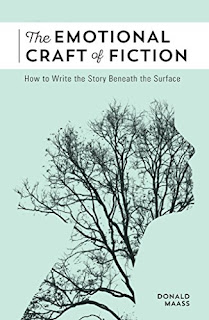 This year’s Maass workshop was based on his book The Emotional Craft of Fiction: How to Write the Story Beneath the Surface. I had not read the book, but will have to obtain a copy now.

What this is not: An author creates a character who has an emotional experience. Let’s say – FEAR of walking into the creepy old house. In the course of reading the story, a reader experiences the fear exhibited by the character. Wrong.

What this is: Deeply thoughtful writing that creates emotional connection with the reader. "Finding the meaning in moments is what makes an emotional experience for readers." The reader must actually process the events, instead of passively observing them.

Maass described cognitive evaluation - when we are surprised, we have to stop to process the situation. Generating this surprise comes from not going for the surface, the cliche, the obvious. The processing happens in our working memory. If readers pause to "chew on something," they come to their own conclusions. This emotion is his or her own. Instead of writing in camera shots, Maass suggested writers try a me-centered narration, which he called close third person.

Think of the novels or stories that have stuck with you. That keep popping up in your
thoughts at odd moments. Works that have changed you in some way. These aren’t necessarily classics – well-written genre fiction can have the same impact. These are the stories that connected with you emotionally, and perhaps even elevated the way you perceived your own experiences.

During the workshop, I jotted a dozen pages of notes for my work-in-progress. I was inspired to think in new ways about my characters, and imagined scenes that add layers to the story. I’m excited to start working on this project. Five years after my first published novel and short story, I still have a lot to learn. 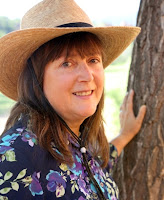 About the Author: Catherine Dilts is the author of the Rock Shop Mystery series, set in the Colorado mountains, while her short stories appear in Alfred Hitchcock Mystery Magazine. The Chemistry of Heroes, which appeared in the AHMM May 2016 issue, was a Derringer short story award finalist. Catherine’s day job involves environmental regulatory issues, and for fun she fishes, hikes, and runs. You can learn more about Catherine at http://www.catherinedilts.com/
Posted by Donnell Ann Bell at 8:00 AM