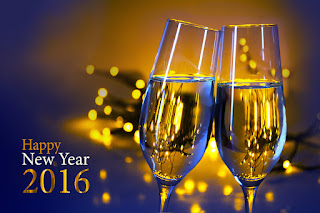 This FREE program provides a critique experience for a small number of writers who seek feedback on manuscript pages and who want to learn how to have positive critique group experiences.
PPW’s Open Critique program is facilitated by Donnell Bell with the occasional experienced guest critique partner. During Open Critique, Donnell and the guest critique partner will provide comments, criticism and suggestions on participants’ manuscript pages, as well as model positive behaviors, techniques and procedures for critiquing.
It is our hope that participants will not only receive valuable feedback on their writing, but will also learn how to create great critique groups of their own, or learn how to improve existing critique groups.
Each month Open Critique will accommodate up to eight participants with a maximum of eight manuscript pages (double spaced, one side) per person. Bring at least 8 copies. To request a slot to participate, email your request to critique@pikespeakwriters.com. Slots are assigned on a first-come, first-served basis, and are only considered for the month in which they are received. Participants will receive confirmation and instructions via email.
PPW reserves the right to give priority to new participants over those who have attended multiple times.


More Information: This topic is treated with near-reverence by those who seek the mythical ‘voice’, but a distinctive author’s voice is already within you. Find Your Voice…Then Use It will encourage writers to confidently allow their personality–their unique voice–to shine through in their writing. Writers often feel they must discover a distinctive pattern and tone to write in–usually on the heels of a best-seller’s style–but ‘voice’ can’t be contrived; it is an individual pattern of thinking, feeling, and expressing ourselves as writers. This workshop will explore the unique author’s voice in all of us.

About the Presenter: Michael Shepherd learned to write at an early age, and there are those who still say he hasn’t significantly advanced his craft in the intervening years.  He is a product of the State of Maine school system, where the official motto is: “If the minimum isn’t acceptable it wouldn’t be the minimum, now would it?” It’s on the state flag, you could look it up.

He survived a 29-year career in the military and, when they didn’t lock the back door after he retired, snuck back in and found a job as a government employee specializing in international relations. If that’s not enough to keep you up at night…
He has published two novels: Easy Street, about a private eye in the throes of a mid-life crisis, and Hell with a Gun, a Western. He is currently working on a Mexico-based novel about human trafficking, entitled Pieces of One.

Join fellow writers for PPW Night on the fourth Monday of every month.
PPW Night is two full hours of discussion, laughter, and fun with other local members of Pikes Peak Writers.

The direction of the meeting is decided by the participants and can include discussions about query letters, obtaining and working with an agent, writing conferences, or other specific points of the craft.  If nothing else, we talk about books!

If you have any questions, or if there is a specific topic you’d like to get on the agenda, send an e-mail to the host, Deb Courtney, or call her on her cell phone at 719-337-9049.
Meetings are scheduled to start at 6:30 and run until about 8:30.  These are drop-in meetings, so feel free to attend all or just part of them.
See you soon!

For more detailed information about Pikes Peak Writers events, check out http://www.pikespeakwriters.com/
Posted by Donnell Ann Bell at 8:00 AM