The Amazing Blessings of Being a Writer

Too bad I can’t think of any.

Blessing #1. I can’t talk about fame, or money, or private jets, because so far, that hasn’t been my story. Okay, I’ve had a little fame—I’m a local celebrity in some small circles, and that is nice.
For those of you who have books out, you know what I’m talking about. You’ve heard, “Oh, so you’ve written a book?”

Now some might follow that up with, “Are you self-published?” Big smirk. But most, 99 percent of the time, will say, “That’s really cool!” or, “That’s sick, man.” Do the kids still think sick is good? What about groovy?

Bam! You get to be famous in the micro sense if not the macro.

Blessing #2. So a little fame here and there, and for a lot of writers, there's also a little dough. Not a lot, but a little extra green coming in. You need me to pick up some Starbucks for you? I got you covered. Got my royalty statements.


Blessing #3 What we practice we improve upon, and being able to communicate through the written word is a precious skill to have. I answered an email and got a marriage proposal because I spelled things correctly, used sentences and paragraphs, and included some clever word play. Now, I’m not saying your writing will get you married, but I’m not saying it won’t either.

Yes, writing is work, it takes sacrifice, and discipline, and some farfetched optimism, and that, my friends, is a blessing. Queue up the bam machine.

Blessing #4 We get to practice sacrificing our minutes for a higher cause, disciplining ourselves, and building character. I’m reading a book now called The Road to Character by David Brooks, and every time he describes a vocation, it’s like he’s talking about my writing life. I say it all the time—if you have the desire to write a book, you have a sacred duty to write that book because not everyone has the desire, the time, or the resources.

Sacred duties can be a pain in the ass, but overall? They give life meaning. They shape destiny. They improve not only the person on the quest, but the world in general. I’m a big fan of sacred duties as long as they don’t involve genocide.

But you know the real blessing of being a writer? It’s that in the final product, you hold the minutes of your life. I know, that’s a cool line. Let me repeat it so it’s more quotable.

Bam! That is the biggest blessing of all.

When you hold your book, you’ll remember the crazy things you did to finish it. You’ll remember the songs you listened to, the movies you watched, the books you’ve read, the hundred little conversations you had. In a sense, the time you worked on a book is encapsulated in the pages. Your life gets filtered into the paragraphs. And in the end, you have a legacy to leave behind, and you never know what will happen.


Jane Austen never saw success in her lifetime. We’ll never meet her. But we get a sense of her, I think, through her writing. I might be wrong, but I totally want to think she was like Miss Elizabeth Bennett. Probably not, but a boy can dream.

I can’t remember which book it was in, but in a foreword (or afterword) Stephen King wrote that he wanted his readers to get to know him through his books, not stalking him, or getting all creepy. You dirty, dirty birds. And through his books, we get a sense of who he is and what he was interested in during the time he worked on his books.

So as writers  who write and publish books (by any means necessary), we leave behind a legacy, our minutes, our ideas, our stories.


Bam! Now, that my friends, is a blessing worth a little adversity. 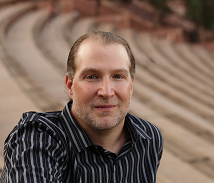