Why a Critique Group? Because the Good is the Enemy of the Best!

So a couple of months ago, I blogged about how to handle a harsh critique and my critique group read it. Uh oh. I had some ‘splainin’ to do, to quote Desi Arnez as Ricky Ricardo. Some day no one will watch I Love Lucy. It will be gone, like tears in rain.
I  didn’t want to bash my critique group in that other post; I love those guys, and so I knew I needed to write a blog post about the benefits of a critique group - my critique group. They really are a supremely talented bunch, and I feel very grateful they took me in.


Now, let’s be clear, some writers do VERY well without a critique group. They write their books, give them to their editors, and the world loves them. I’ve talked to many Indie pubbed writers making large amounts of cash and they do this (in easy to read steps, for our listening audiences.) I love me a good numbered list.


2)      Go through the book and get a working draft, generally a once-over


It’s fast and it seems to work.
I’m gonna' try it at some point, but I still like my critique group. Here is why (and this time, I’ll do bullet points instead of numbers ‘cause that’s how I roll. And this is more list-y and less step-py.):


·         My rough drafts are unintelligible. My second drafts are worse.


·          I like the slow progression of a critique group, because submitting ten pages a week gives me time to pound my unreadable drafts into a semi-readable state.


·         I like the weekly discussions of the book and what arises out of the discussions. Simple comments on a page, like from a beta-reader, isn’t as powerful as the stew of ideas that can be slopped together on a random Tuesday night.


·         It gives me a weekly deadline that I can’t miss. I submit every time, or at least try. It gives my writing life some structure.


·         Writing is a lonely thing, and so the social aspect of a critique group is beneficial. Not only do I get comments on my writing, I also get news of the world, what other people are doing, and general shop-talk.


·         It’s great practice and every time someone doesn’t like what I brought, my skin gets a little tougher. I’m naturally suicidally sensitive, so I need to work on getting thicker skin.


·         My work is better because of the critique group experience.


On that last bullet point, ‘cause I’m out of bullets, I’ll go all freestyle. The subtitle of this little blog post is “the good is the enemy of the best”. Here’s why.
I brought a short story to my critique group. It was a good story, not great, but good. I knew something wasn’t quite right, so I read it over with a friend, and I tried to make it better, but I failed. Then I brought it to the brilliant minds that fill my Tuesday nights. My critique group took something good, and they made it great. The comments and suggestions were fabulous! Most of them. Others I ignored, ‘cause that’s the game.


Ignore what can be ignored, follow through with what can’t be ignored.
Comments from a critique group is like someone telling you that several million dollars worth of diamonds have been sprinkled across a field of horse manure. You have to search through the manure to find the diamonds.


Lucky for me, in my critique group it’s mostly diamonds, and not a lot of horse manure. Still, I just know there’s a pony around here, somewhere, and who doesn’t dig a pony? 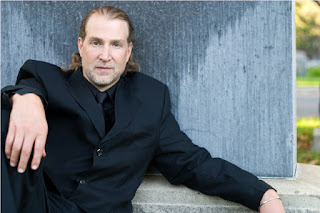