Column: What It’s Like to Have a First Novel Out There by Linda Rohrbough

I’m learning lots with my first novel hitting the market. It’s very different than having a nonfiction book out. Here’s what I’ve noticed.

I think this is more about me than my readers, but I am so painfully aware of how much art is a matter of taste. So I’m continually surprised when some people like my book. Like older men, for example. I think it’s a mistake to act too surprised, though.

But the bigger surprise is how long it takes some people to make time for a novel in their busy lives. When I thought about it, I do that, too. It could take me two weeks to two months to cull out the time so I have nothing else going on and can just enjoy a new novel by a favorite author. Some people have simply jumped into the book. Others buy it to savor later. I didn’t expect that.

Reviews Are Hard to Come By

Which leads me to my next point, reviews. I need reviews. Good ones, hopefully. And for some reason I thought people would just go to Amazon and other sites and post them. They did on my nonfiction books. I don’t think I ever asked for a review. But not so with fiction. I now realize I need to ask.

What I want to avoid is the pushy salesperson approach I’ve seen from a number of fiction authors. Back when I did book reviews, I would e-mail an author to tell them I liked an excerpt of their book, and I had a few questions to ask. I’ve had some e-mail me back with a request I post my comments on Amazon.com. This is before I had a chance to finish my questions or read the entire book. Or, worse, they started going on with compliments about their work, instead of thanking me for my comment and answering my questions.

So I work to be careful to honor my readers and be sure anyone who asks about the book gets what they need from me, along with a thank you for their kind attention. And then, if it makes sense, I request a review.

It seems like some authors feel like they have to be on every loop incessantly talking about their book. And when I read some of the hype out there about social media, that would be my take-away as well. Only in practice, I don’t think that helps.

More recently, I heard about the 80/20 rule, which is offer eighty percent help and only twenty percent talk about your own work. (For you math and science buffs out there, you’ll remember the 80/20 rule is called the Pareto Distribution.) Only I think being desperate about promoting your book is like being desperate about anything else. Remember those people in high school who were desperate for a date? People can smell it. And it acts as a repellent, even if you do 80/20.

I have authors all the time approach me for help because they are in a hurry to get their book into print as they need the money. You’d be better off financially being the greeter at Wal-Mart. Debbie Macomber likes to jokingly say she became an overnight success in about twenty years. Only now that I’m on this side of the table, I get the temptation to push. But I’m resisting.

One thing I didn’t expect is I work every day on promotion, both big and small. Just yesterday my web guy reminded me I forgot to ship him and his wife a book. And they’ve already decided who gets to read it first (his wife). Today my publicist sent me a request from a reviewer looking for books like mine for a national magazine. She watches the PR Newswire and free services such as HARO (Help a Reporter Out) and forwards things she sees on to me. Requests from reviewers must be addressed quickly as they expire, so I dropped working on this article to answer.

I also notice there’s a lot of opportunity for promotion via blogs, especially for fiction books. I did a few blogs with my nonfiction work, but nothing like what’s opened up now. I was talking to a writer friend and we decided you could spend so much time doing blogs that you don’t have time to write. Another writer friend told me she tries to batch as many blogs as she can on a single day. She feels it benefits her to do that because the web spiders rank names higher that have more mentions at the same time.

How Long For a Foothold?

Bottom line is I think a first novel takes more time to catch on in the marketplace than a nonfiction book. But I think a novel can have a greater impact. I now remember stories of successful authors, like Frank Peretti, whose first book took a couple of years to really get a foothold. And some authors only succeed after they kept cranking books, inching up until they finally broke through. The only thing I know that works for sure is gentle persistence - the same persistence that it took to get published to begin with. 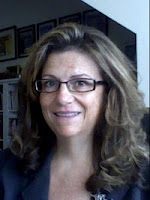 Linda Rohrbough has been writing since 1989, and has more than 5,000 articles and seven books to her credit along with awards for fiction and non-fiction. New York Times #1 bestselling author Debbie Macomber said about Linda’s new novel: "This is fast-paced, thrilling, edge-of-the-seat reading. The Prophetess One: At Risk had me flipping the pages and holding my breath." An iPhone App of her popular three-step formula workshop for writers, “Pitch Your Book,” is available in the Apple iTunes store. Visit her website: www.LindaRohrbough.com.
Posted by Pikes Peak Writers at 9:00 AM