We authors speak our own language, don’t we? And sometimes, we get so “into it” that we don’t even know what we’re talking about. And if you’re new to writing fiction, you likely don’t want to admit that you’re lost. So, this month, we’ll have a review of fiction writing terminology. Instead of ten tips, we’ll have ten terms, or maybe a couple more. . . all in simple, layman’s terms.
Here we go:

PROTAGONIST
The main character in your book. The good guy; your Hamlet or your Luke Skywalker, or your Dorothy.


ANTAGONIST
This is the character that stands in the way of your main character. The bad guy; Hamlet’s Claudius, or Luke’s Darth Vader or Dorothy’s wicked witch. Romances often don’t have a bad guy as such and, in some novels, the “bad guy” is simply a freak snow storm that keeps your main character from getting where he needs to go.

EXPOSITION
This is the delivery of information to the reader. This information orients the reader to time and place and to the characters. Ideally, the reader doesn’t even notice that you’ve given him this information because you have woven it seamlessly and judiciously through the narrative and dialogue.

POINT OF VIEW (POV)
This term is used several ways within our industry.

Then there’s objective vs. omniscient point of view. This term refers to whether the narrator of the book is just one of the characters, who knows only what that character knows, or an all-seeing narrator, who knows what every character is doing and thinking.

Last, there’s the POV of a scene. This refers to whose eyes (ears, etc.) the reader is looking through in each particular scene. For example, if a scene is written from Luke Skywalker’s POV, we can only see what Luke is seeing, feel what Luke is feeling. If we want to know what Han Solo is thinking, we can only guess from the outward clues (body language, action, dialogue) that Luke experiences. Make sense?

CONFLICT
This is the battle waged between the good guy and the bad guy. It is what stands in the way of the good guy getting what he wants. It can be between characters (Luke pitted against Darth Vader in battle) or within the character himself (Darth Vader is my father).

COMPLICATION
This term refers to cranking up the conflict as the story progresses. Each complication should be worse than the last. Complications build until the climax, when the battle is either won or lost.

CHARACTERIZATION
This is how the author reveals character. We tell the reader what the character is like with his looks, his speech, his actions. Where does the character live? What does he do for a living? How does he react to things and events around him?

CLIMAX
The final turning point in a story. This is where all the bad stuff piles up and it looks like there is no way out for our beloved hero. The dark side is just too powerful. There is no way to get home. The romance is lost.

RESOLUTION
After the climax, when all seems lost, comes the resolution. This is where everything is sorted out, all the plots come together and the hero rides off into the sunset. (There’s a tangle of cliches if I ever heard one!)

THEME/PREMISE
This is the story’s soul. This is not what the story is about. It’s more what the story is trying to say. Does the story revolve around love, hate, jealousy, honor, truth, integrity? Premise gives meaning to the events of your story, beyond the surface meaning. Without meaning, a story is lifeless.

GMC - GOAL, MOTIVATION, AND CONFLICT
This term was coined by Debra Dixon, who wrote a book by the same name. Everywhere you go within the writing world, you’ll hear GMC or a variation thereof. The concept is pretty simple
The two types of Conflict:
Great fiction needs both.

Pretty simple stuff. But GMCing can get overwhelming. Take it from one who has been, and likely will be again, overwhelmed by the concept. A writer friend of mine, Morgan Hawke, uses MCG instead. She believes that knowing your characters' motivation will lead you to the kind of conflicts that will force them to choose goals that they are more likely to chase. BTW, Morgan has a number of very good writing articles/blogs on her website (darkerotica.net). Even if “dark erotica” isn’t your cup of tea, her article on PREMISE is fabulous.

Any way you turn it, the truth of GMC is simple.

Luke Skywalker wants something (G) for a reason (M)unique to him. The job of the author is to make it as hard as possible for him to get it (C).

LITERARY FICTION vs. GENRE FICTION
My disclaimer: the very definition of these terms is arguable. I won’t settle anything here but, as fiction writers, we should have a vague idea what these terms mean.

It is said that literary fiction appeals to a smaller, more intellectual audience. When people ask me for a definition of literary fiction, I point them to Oprah’s reading list. That is not entirely accurate, but it gives you an idea what kind of books fall under the literary fiction banner.

There you go, Campers. I hope these definitions are helpful. 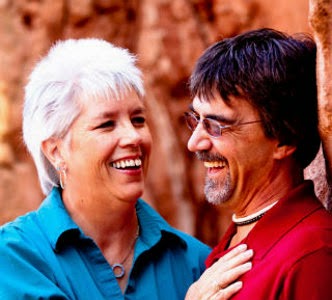